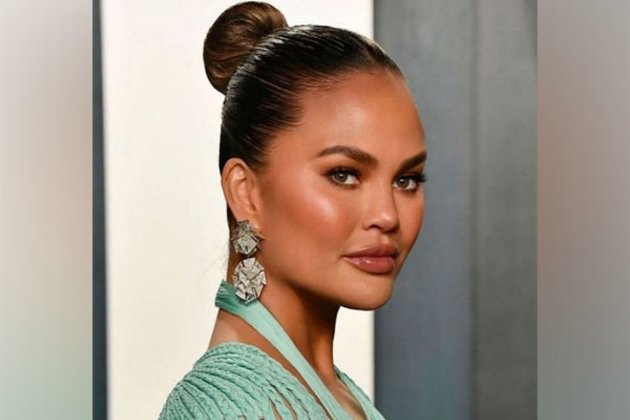 Washington [US], June 15 (ANI): American model and TV personality Chrissy Teigen broke her silence and shared a long apology on Monday weeks after she was caught up in a bullying scandal.

On Monday, the model penned a blog post in which she further addressed the controversy after apologising last month for previously bullying Courtney Stodden on social media.

In the essay, Teigen explained that there is "simply no excuse for my past horrible tweets" and that "I was a troll, full stop. And I am so sorry.""Hi all. It has been a VERY humbling few weeks. I know I've been quiet, and lord knows you don't want to hear about me, but I want you to know I've been sitting in a hole of deserved global punishment, the ultimate 'sit here and think about what you've done.' Not a day, not a single moment has passed where I haven't felt the crushing weight of regret for the things I've said in the past," she wrote via Medium.

She added, "As you know, a bunch of my old awful (awful, awful) tweets resurfaced. I'm truly ashamed of them. As I look at them and understand the hurt they caused, I have to stop and wonder: How could I have done that?"Teigen further said, "The truth is, I'm no longer the person who wrote those horrible things. I grew up, got therapy, got married, had kids, got more therapy, experienced loss and pain, got more therapy and experienced more life. AND GOT MORE THERAPY. Life has made me more empathetic."Teigen went on to share what she wants her two kids - Miles and Luna, whom she shares with husband-singer John Legend - to learn from her public apology.

"John tells me almost every day how much our daughter Luna reminds him of me. Every day, I try to make sure she's all the best parts of me, all the things I aspire to be all the time, but fail at sometimes," wrote Teigen.

She added, "And we preach kindness to her and Miles every chance we get. Will they eventually realize there is some hypocrisy there? I certainly do. But I hope they recognize my evolution.""My goal is to be so good that my kids will think this was all a fairy tale," the mom of two continued.

Teigen added, "Not the fake good. The good that has the best intentions, the good who wakes up wanting to make her friends, family, her team and fans as happy as possible. The good who will still f--- up in front of the world but rarely, and never not growing only more good from it."Teigen further wrote, "I'm going to keep working to be the best version of myself for EVERYONE. Everyone deserves better - even my detractors. And better is what you can expect from me. The world needs more kindness and love and I want to contribute to it. I've been on a path of self-improvement for the past decade and that path is going to continue."The model finished her apology by promising to continue to do better.

"I won't ask for your forgiveness, only your patience and tolerance. I ask that you allow me, as I promise to allow you, to own past mistakes and be given the opportunity to seek self improvement and change," she wrote.

After the model had posted a four-part Twitter apology to Stodden, she went quiet on the app. Teigen also quit her upcoming role in Netflix's 'Never Have I Ever'. (ANI)