Woodland wanted to be instigator with Koepka, DeChambeau 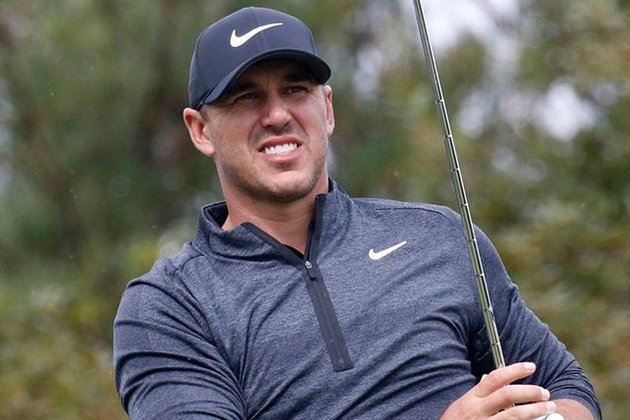 No one was more disappointed the US Open didn't place feuding rivals Brooks Koepka and Bryson DeChambeau in the same trio to start the US Open than Gary Woodland.

Woodland, the 2019 US Open winner, was a much speculated third man if 2018 US Open winner Koepka and defending champion DeChambeau were playing together as the past three champions.

But the US Golf Association put them on opposite waves of the event for the first two rounds and put Woodland with two other past US Open winners, Webb Simpson and German Martin Kaymer.

"I wasn't approached by the USGA at all," Woodland said. "It would have been great. The fans, all my friends back home, everybody was talking about it. It's good for the game."

Woodland joked that he wanted to aggravate the situation between DeChambeau and Koepka rather than serve as a referee.

"I would have instigated and tried to start fights or whatever I could have done," Woodland said. "I would have loved to have played. I think the energy in that group would have been amazing."

The dispute began when video footage of Koepka showing his annoyance at a loud-talking DeChambeau went public from an interview area at the PGA Championship.

That led to a social media exchange that had Koepka calling for fans to yell "Brooksy" at DeChambeau and spectators obliging.

While played off as fun and good natured, the dispute gained traction and is sure to benefit both when it comes to a new publicity bonus created by the PGA Tour.

As Woodland sees it, any attention is good attention.

"Brooks didn't play for two weeks and he's all over ESPN, all over the sports news," Woodland said. "I think that's good."

Had anyone asked him, Woodland was ready to be the middleman in what would have been a major attention stealer of a grouping.

"I think it would have been great. The energy would have," Woodland said. "The fans want it. That's the big deal. I definitely think the fans want it," added Woodland, who has fallen to 57th in the world rankings after an injury-filled 2020.