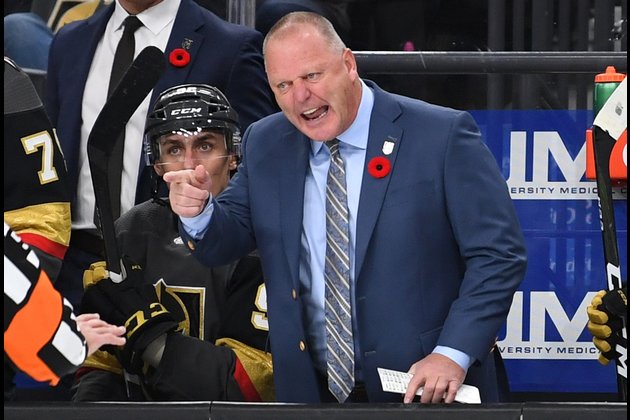 Gerard Gallant is now officially the head coach of the New York Rangers.

The Rangers announced the move on Wednesday, with the 57-year-old Gallant reportedly receiving a four-year contract.

"Gerard's proven track record has made him one of the league's most sought-after coaches, and we are fortunate to have him as part of the team," Rangers owner James Dolan said in a statement. "I have no doubt that he will play a critical role in helping us take the next steps to building a championship-caliber team."

Gallant was the first coach of the expansion Golden Knights and led them to the Stanley Cup Final in their inaugural season in 2017-18. The Washington Capitals won in five games.

"His vast experience and success behind the bench at several levels make him the ideal choice to lead our team on the ice," Drury said in the news release.

Gallant recently coached Team Canada at the IIHF World Championship in Latvia. He led Canada to its 21st title, beating Finland 3-2 in the June 6 final.

The Rangers fired David Quinn, 54, who compiled a 96-87-25 record during his three seasons as coach.