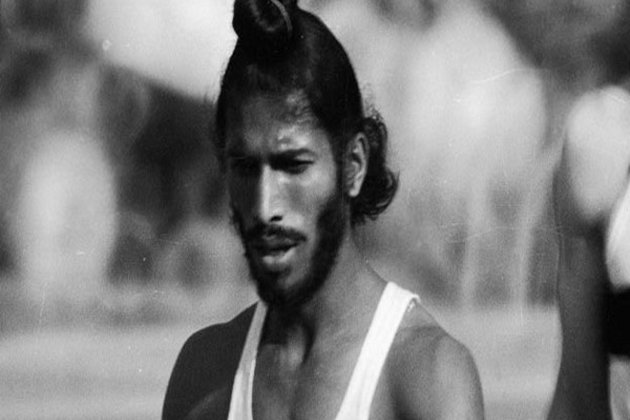 Mourning his death, the President said the story of Milkha Singh's struggles and strength of character will continue to inspire generations of Indians.

"The passing of sporting icon Milkha Singh fills my heart with grief. The story of his struggles and strength of character will continue to inspire generations of Indians. My deepest condolences to his family members, and countless admirers," the official account of Rashtrapati Bhavan tweeted.

Singh passed away at 11.30 pm on Friday night at the age of 91. He had tested positive for COVID-19 in May this year. He is survived by one son and three daughters. His son Jeev Milkha Singh is also a renowned Golfer.

"Deeply saddened to hear that Shri Milkha Singh ji has passed away. Through his scintillating performances on the world stage, the legendary athlete has stirred and inspired every Indian - and not just in sports," the official account of Vice President tweeted.

"Shri Milkha Singh ji's heart-touching life journey will continue to motivate many more aspiring Indian athletes to dream big and push their boundaries. My condolences to his family and admirers in this hour of grief. Om Shanti,"Naidu added.

"India mourns the sad demise of legendary sprinter Shri Milkha Singh Ji, The Flying Sikh. He has left an indelible mark on world athletics. Nation will always remember him as one of the brightest stars of Indian sports. My deepest condolences to his family and countless followers," Tweeted Shah.

Rijiju also took to Twitter and promised the departed soul that he will fulfill his last wish.

"I promise you Milkha Singh ji that we will fulfill your last wish. India has lost its star. Milkha Singh Ji has left us but he will continue to inspire every Indian to shine for India. My deepest condolences to the family. I pray for his soul to rest in peace," the Sports Minister tweeted.

Former Minister Prabhu, in his condolence message, said that Milkha Singh will always be remembered by sports enthusiasts and youngsters for motivation.

"Sad to know about passing away of Milkha Singh the celebrated athlete who not just won medals on the track, but earned a permanent place in hearts of all Indians for his role model life and high values. He will always be remembered by sports enthusiasts and youngsters for motivation. Om Shanti," Prabhu tweeted.

Earlier today, the bereaved family informed about the death of the former Indian Sprinter, also known as the Flying Sikh, in a statement.

The former Indian sprinter had tested positive for COVID-19 last month and was in isolation at his home in Chandigarh before he was admitted to the ICU of Post Graduate Institute of Medical Education and Research (PGIMER) hospital in Chandigarh.

In a statement, PGIMER informed that Milkha Singh was admitted to the ICU of COVID Hospital of PGIMER on June 3.

"He was treated for COVID there till June 13 when after putting up a valiant battle with COVID, Milkha Singh Ji tested negative. However, due to post- Covid complications, he was shifted out of COVID Hospital to medical ICU. But despite the best of efforts by the medical team, Milkha Singh ji could not be retrieved from his critical condition and after a brave fight, he left for his heavenly abode at 11.30 pm on 18th June 2021 here at PGIMER," the Hospital said.

Singh's wife and former Captain of the Indian Women National Volleyball team, Nirmal Milkha Singh succumbed to COVID-19 at the age of 85 on June 13.

The legendary athlete is a four-time Asian Games gold-medallist and 1958 Commonwealth Games champion. He is still the only Indian athlete to win Gold in the Asian and Commonwealth Championship. He was awarded the Padma Shri, India's fourth-highest civilian honor, in recognition of his sporting achievements. (ANI)