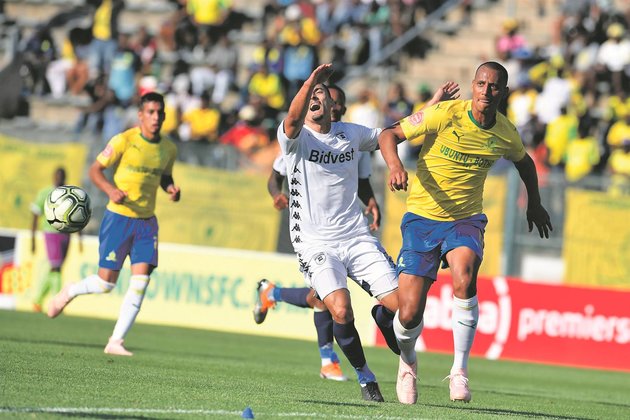 The PSL's handling of disciplinary cases has often backfired before, and at times had an impact on deciding promotion and relegation.

The ongoing legal battle - revolving around who between NDF sides Royal AM and Sekhukhune United should gain automatic promotion to the Premiership - is yet another moment that has brought unwanted attention to the league.

This is happening despite the PSL being urged to address its shortcomings in the disciplinary committee and to beef up league prosecutor Nande Becker's office.

Who can forget the dramatic end to the league match between Mamelodi Sundowns and Orlando Pirates when fans invaded the pitch at Loftus Versfeld in February 2017? The matter overlapped two seasons, with Pirates only sanctioned in April 2018, when the disciplinary committee ordered Pirates to play two games behind closed doors. It was more than a year after the incident.

The matter also raised questions about how the disciplinary committee treated the so-called big clubs with kid gloves.

The saga involving Ajax Cape Town and striker Tendai Ndoro is one of the PSL's most controversial cases.

Ajax signed Ndoro in January 2018, but the former Zimbabwean international was found to be ineligible because he had played for two other clubs that same season.

Weeks after signing him, the PSL dispute resolution chamber gave Ajax the green light to play him. Arbitrator Nazeer Cassim ruled that Ndoro should not play and referred the matter to Fifa. Following some back and forth court hearings, arbitrator William Mokhari docked Ajax seven points, which plunged them into automatic relegation.

The case involving Wayne Arendse and Mamelodi Sundowns should have pushed the PSL to strengthen its processes.

In October 2018, Sundowns fielded Arendse in a match against Bidvest Wits, despite the player having not been listed on the team sheet thathad been submitted an hour before kick-off. Sundowns and Arendse were only sanctioned eight months later - in April 2019. Mamelodi Sundowns defender Wayne Arendse was not supposed to have played in this game against Bidvest Wits in October 2018. Photo: Lefty Shivambu / Gallo Images

Fans at the time wondered if Sundowns would be docked any points, which would have affected the team's standings at the top of the table. In the end, the player and club were fined R250 000 each.

The case that sank Mbombela United

In August last year, a case involving the eligibility of Mbombela United striker Sabelo Ndzinisa went on for months.

The Eswatini international was eventually found guilty of signing for side Mbombela and TS Sporting, both in the GladAfrica Championship.

In the final week of the season, Mbombela were docked 34 points and sank down to the ABC Motsepe League.

Ironically, Sporting were spared from relegation thanks to that ruling. It's yet another matter that should have been handled earlier in the season and not in the final week of the campaign.

... and the promise that never came

On the question of the [PSL] prosecutor‚ we have taken a decision on that. There will be a new prosecutor coming and not one prosecutor for that matter.

Following the Ndoro saga in 2018, PSL chairperson Irvin Khoza announced that a pool of prosecutors would be appointed to deal with such cases.

It was clear that Becker had his hands full, especially because it's nearly impossible to oversee the disciplinary matters of 32 clubs across the Premiership and NFD clubs.

"On the question of the [PSL] prosecutor‚ we have taken a decision on that. There will be a new prosecutor coming and not one prosecutor for that matter.

READ:NFD promotion impasse rages on as Royal AM and PSL face-off in court - again

We need to verify this by making a pool of prosecutors. And also a pool of chairpersons of the disciplinary committee to make sure that we don't just depend on one chairperson or one prosecutor, or two chairpersons," Khoza told a media conference in May 2018.

There is still no pool of prosecutors and Becker remains the sole sheriff in charge.