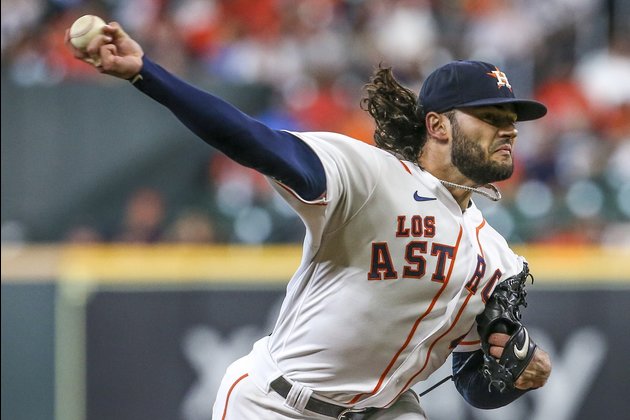 The Houston Astros finally get a chance to avenge a 2005 World Series sweep at the hands of the Chicago White Sox when the clubs meet in the American League Division Series, beginning Thursday afternoon in Houston.

The AL West champion Astros earned home-field advantage in the best-of-five seriesby virtue of having two more wins than the White Sox compiled en route to the AL Central title.

Houston also had a 5-2 advantage head-to-head, sweeping a four-game home series in June before losing two of three in Chicago in July.

The teams clash in the postseason for the first time in 16 years. The clubs almost met last year, when the White Sox were beaten 2-1 by the Oakland Athletics in the opening round and thus denied a shot at the Astros.

"Last year it was a process: First experience in the playoffs for us, and it tastes good, not going to lie," he said. "That's why this year we came hungry. And right now, how we play, we show people that we are hungry."

McCullers pitched two of Houston's five earlier wins over the White Sox, allowing a total of just three runs and four hits in 13 innings with 14 strikeouts. The Astros won those games 8-2 at home and 7-1 on the road.

Lynn, meanwhile, was bombed for six runs and eight hits in four innings in his only previous start against the Astros this season. The visiting White Sox were beaten 7-3.

Lynn won a championship with the St. Louis Cardinals in 2011; McCullers won one with the Astros in 2017.

Yet Lynn was three months from having been drafted out of high school by the Seattle Mariners and McCullers was still in middle school when White Sox pitchers dominated the Astros in a four-game sweep for the 2005 World Series crown.

That was three years after Dusty Baker and Tony La Russa had met as rival managers in the 2002 NL Championship Series, which Baker's San Francisco Giants won over La Russa's Cardinals en route to a World Series meeting with the then-Anaheim Angels.

The feisty managers have had more than their fair share of disputes in their combined 60 years on the top step of the dugout, something Baker hopes remains in the past.

"We were in the same division for damn near 10 years, so we're going to have our differences," Baker explained. "Let's just play ball. At the end of the day, we'll shake hands, tell each other good luck, and hope you're the last one standing."

The 2021 rematch of franchises and managers once again features a strong-armed White Sox team that ranked second in the AL in ERA against a potent Astros lineup that led the majors in batting average.

Abraham Toro and Michael Brantley were Houston's big hitters against Chicago in the regular season, with Toro hitting .429 with two homers and six RBIs, while Brantley hit .320 with two doubles, a triple, two homers and seven RBIs.

The White Sox are uncertain of the status of slugger Jose Abreu, who flew to Houston on his own Wednesday night in an attempt to shake non-COVID, flu-like symptoms.

He will be a game-time decision Thursday.