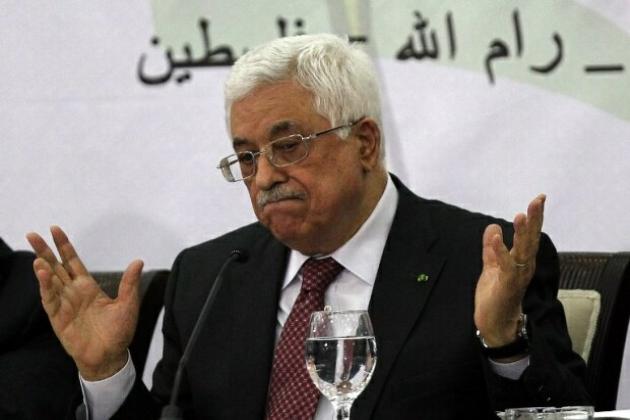 RAMALLAH, Oct. 19 (Xinhua) -- Palestinian President Mahmoud Abbas said on Tuesday that the current situation in the Palestinian territories is "unsustainable and can't go on like this," the official Palestinian news agency WAFA reported.

Abbas made the remarks during a meeting with Swedish Foreign Minister Ann Christin Linde at his office in the West Bank city of Ramallah, according to WAFA.

The Palestinian president called for launching an immediate political process under the auspices of the international Quartet, achieving a comprehensive calm with Israel, and stopping all hostile actions against the Palestinians.

The Quartet consists of the United Nations, the United States, the European Union and Russia.

"Israel insists on continuing its policy of settlement expansion and practising punitive measures against the Palestinians in the West Bank, East Jerusalem, and the Gaza Strip," Abbas warned.

Linde, who is on his first visit to Palestine, said Sweden will keep supporting peace and stability through negotiations in accordance with the vision of the two states.

Linde had met earlier with his Palestinian counterpart Riyad al-Maliki in Ramallah and discussed the Israeli government's rejection of establishing an independent Palestinian state on the 1967 border, WAFA said.

The last peace talks between Israel and Palestine, sponsored by the United States, continued nine months and broke down in April 2014 because of their deep divisions on Israeli settlement and recognition of a Palestinian state established on the 1967 border.

Israel occupied the West Bank and East Jerusalem, which are claimed by the Palestinians, in the 1967 Middle East war and has controlled them ever since.