Dodgers favored to stave off elimination in Game 5 vs. Braves 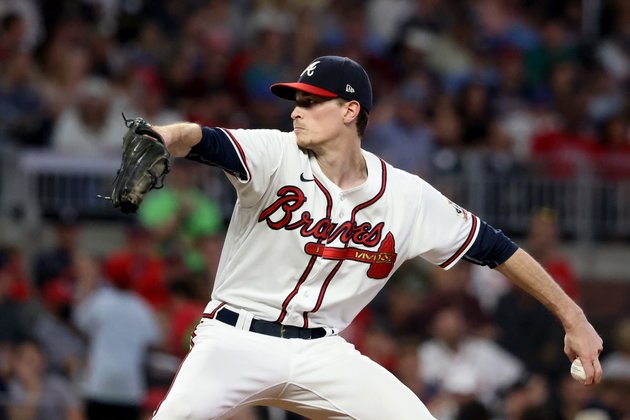 LOS ANGELES -- Freddie Freeman made it clear late Wednesday night that he was not in the mood to compare strikingly similar scenarios.

Up 3-1 in last year's National League Championship Series, Freeman and the Atlanta Braves were bowled over by the Los Angeles Dodgers and missed their chance at playing in the World Series.

One year later, the Braves have another 3-1 lead on the Dodgers and could advance to the club's first World Series since 1999 with a victory in Game 5 on Thursday at Los Angeles.

So when the question was raised about the difference between last year and this one, Freeman's answer was quick, seemingly at the ready.

"Two thousand twenty-one," Freeman said, with a shrug. That is the difference.

The implication was that Freeman was not looking back. It's about this year only. A mediocre team that was under .500 at this season's trade deadline, the Braves were transformed with an influx of outfielders through multiple trades.

Eddie Rosario, Adam Duvall and Joc Pederson all were acquired in July and all have made an impact in both the regular season and playoffs, including a 9-2 victory in Game 4. Jorge Soler also was acquired, and he is close to returning from the COVID-19 injured list.

Rosario's four hits in Game 4, including two home runs, led the way to victory. Needing a double for a cycle in his last at-bat, Rosario hit another the ball over the wall instead for a three-run dagger. Duvall smacked a home run, and Pederson had an RBI single to give him five hits and four RBIs in the series against his former team.

"This whole postseason he has been pretty much unbelievable," Freeman said of Rosario, who also had four hits in Game 2 and is batting .467 (14-for-30) in eight postseason games for Atlanta. "When we traded for him, he was hurt and it took about a month for him to get going. ... He's just been looking so good at the plate."

In Game 5, the Braves will play the local angle, sending Los Angeles-area native Max Fried to the mound. Fried, who gave up two runs over six innings in a no-decision during Game 1, has a 3.00 ERA against the Dodgers in seven playoff appearances against them over three seasons.

The Dodgers will try to keep their season alive with a bullpen game Thursday, knowing that right-hander Max Scherzer awaits to start Game 6 on Saturday at Atlanta if they can push the series that far.

However, the Dodgers have sputtered in the playoffs, alternating positive results with disappointing ones. In 10 playoff games, Los Angeles has won back-to-back contests just once. The offense continues to be inconsistent and the club is coming off consecutive games against the Braves in which dependable starters Walker Buehler and Julio Urias faltered.

Yet the Dodgers showed a confident side in defeat Tuesday.

"You never want to have your back up against the wall; that's not how you draw it up," Los Angeles manager Dave Roberts said. "But we have a very resilient team, a very tough team. It doesn't get much tougher than facing Max Fried in an elimination game, but we've done it before. I really believe we are equipped to win (Thursday's) ballgame."

With third baseman Justin Turner likely out of the remainder of the postseason because of a hamstring injury he sustained in the seventh inning Wednesday, Roberts is planning on lineup changes aplenty. Veteran Albert Pujols is expected to start at first base in Game 5.

Despite the Braves sending their best pitcher to the mound, the 8.0-run Over/Under has seen lopsided action with 69 percent of the bets and 87 percent of the money backing the Over. The teams have averaged a combined 8.75 runs during the series, with the lowest-scoring game being Atlanta's 3-2 win in Game 1 started by Fried.