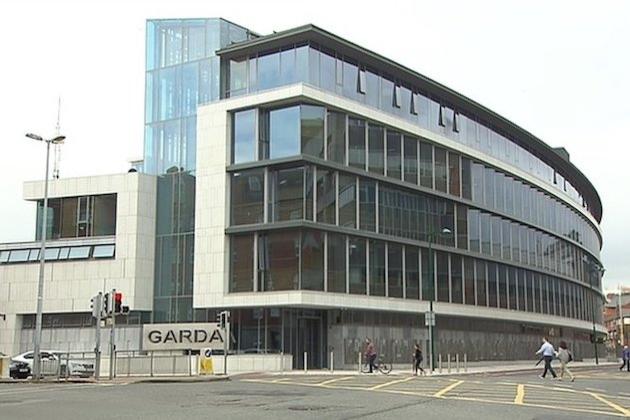 DUBLIN, Ireland - Two men are being questioned over the seizure of 'Cannabis Jellies' in Dublin.

The jellies were discovered during a search earlier this week on Tuesday.

The Divisional Drugs Unit at Kevin Street Station carried out the search which was of a flat in the Dublin 8 area.

The two men were arrested at the scene and detained for questioning at Kevin Street Garda Station.

The Cannabis Jellies seized in Dublin earlier this week.

"As Halloween approaches Garda are again reminding the public of the dangers these edible products pose to children," gardai said in a statement.

"An Garda Siochna would also refer to warnings issued by the Food Safety Authority of Ireland."

Following is the information referred to, in the form of a statement issued on 24 April this year:

The Food Safety Authority of Ireland (FSAI) today issued a warning for consumers about the danger associated with eating edible products, such as jelly sweets, containing cannabis components. This warning comes following a number of recent incidents whereby edible products containing significant levels of the psychotropic cannabis component tetrahydrocannabinol (THC) were intercepted by An Garda Sochana and Revenue's Customs Service. In at least one incident, sweets containing cannabis oil were consumed by a number of teenagers, one of whom subsequently suffered serious adverse health effects requiring hospitalisation. The particular sweets were apparently purchased online with the packaging carrying explicit warnings to eat the sweets cautiously and that a significant concentration of THC was present.

THC is the psychotropic cannabinoid found in the cannabis plant that results in the euphoric high in people who consume it by smoking, vaping or eating. THC is a controlled substance in Ireland with no tolerance level set in the Misuse of Drugs Act, 1977. In food, THC is considered a contaminant, with no permitted threshold in the EU. The European Food Safety Authority has established an acute reference dose of 1g/kg body weight above which the safety of ingested THC cannot be guaranteed.

According to Dr Pamela Byrne, Chief Executive, FSAI, THC is a toxic contaminant and should not be added to any food.

"Sweets containing cannabis components are being sold online or by other means. They are dangerous, particularly for young people and those with prior health conditions who may consume them unwittingly. We are warning consumers about the dangers from eating these sweets with cannabis products added. People should only ever buy food from reputable sources and be sure they check the food labels. THC is not classified as food in the EU and is a controlled substance in Ireland," warned Dr Byrne.

"This new development is a sinister attempt to sell narcotics in the form of sweets and those involved are obviously not concerned about the consequences of these products getting into the hands of vulnerable people like children who could consume these products unwittingly to the detriment of their health," added Dr Byrne.

The FSAI is liaising with other Government agencies including the Health Service Executive, An Garda Sochana and Revenue's Customs Service to detect and stop the import and sale of these dangerous products into Ireland. The FSAI urges anybody in a position of influence to educate children about the dangers of these illicit products and alert the FSAI or other enforcement agencies where they have information about the availability of these products.