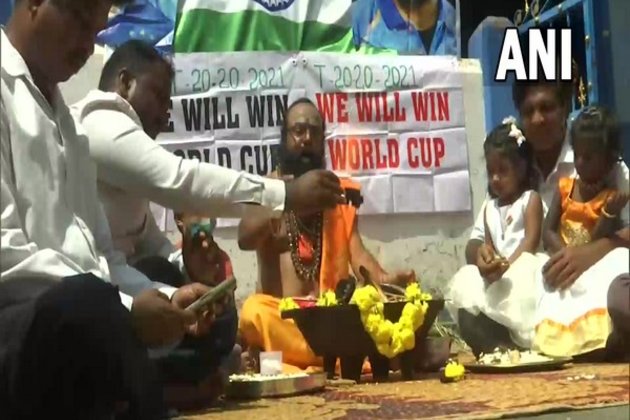 Bengaluru (Karnataka) [India], October 24 (ANI): Indian fans in Bengaluru performed 'havan' to seek the blessing of God ahead of India's match with Pakistan in the T20 Cricket World Cup.

Fans performing 'havan' on Saturday are seeking blessings from God for all Indian players so that they perform their best in the upcoming cricket matches.

"We are doing this puja because we want India to defeat Pakistan in the high pitched match of World Cup," said Sanjay Sharma, a fan of the Indian Cricket Team.

"We are seeking blessings of the god. We want God to bless all Indian players...We want them to bring this world cup back to India. In practices matches, they have been playing good. They practised while they were playing in IPL," says John, another fan.

India and Pakistan will face each other in their opening game of the ICC Men's T20 World Cup 2021 in Dubai today.

Having played the IPL in the UAE, the Indian players know the conditions well and will definitely hold an edge come Sunday. It is an encounter that tests a player's mental toughness.(ANI)