France is turning into Wokeland. The fight to stop it is long overdue 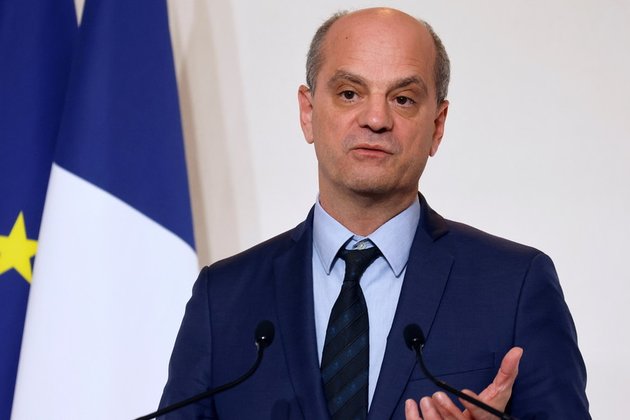 Credit to Jean-Michel Blanquer, who has launched a much-needed fightback against creeping incursion from petty leftists intent on destroying political debate in France. But he's facing an uphill battle.

As someone who relocated to Paris in 2008 directly from co-hosting a nightly TV talk show on the Fox News Channel out of New York headquarters - and was invited to participate in a televised French-language debate just hours after landing - it was impossible to escape the sense of refreshment.

I went from trying to squeeze one-line zingers into rushed segments to clashing for the better part of an hour with a panel of French TV and newspaper chiefs from both the right and the left. What was most striking was the elaboration of the reasoning and arguments - the fact that one could take one's time and the other person would have to listen and, in turn, develop their own rationale. In the process, sometimes someone would say something politically incorrect or eyebrow-raising. But the tolerance for it in France was far greater than in the US.

Ironically, it is also possible even for members of the media to be hauled into French court and convicted for public "hate speech" - as potential future French presidential candidate and long-time right-leaning journalist, Eric Zemmour, has learned the hard way. And the fine line between getting targeted or not is often quite faint and difficult to judge. In France, public speech has to be carefully measured, but the French language is rich enough that, with a certain sophistication, you can convey nearly anything you want without getting into trouble. But since so many are unaware of where that fine line is, they often self-censor more often than not out of self-preservation.

However, the policing of speech by both self and others targets overwhelmingly one side of the political spectrum: the right side. There's no shortage of left-leaning associations of French activists and establishment sycophants whose job is to permanently seek out potential offenders. If they can bring down a big name, then it brings visibility, perceived importance, and ultimately more money to their cause.

A leftist public figure, by contrast, could get away with saying almost anything in France - if only because there are no right-leaning activist groups out to make trouble for leftist speakers. The end result of all this is a slanted public debate. Worse, much left-leaning political correctness has now been incorporated into the French establishment - a fact that would also explain why leftist political parties barely total over 25% popularity altogether. Why bother with a leftist opposition to an establishment that has already incorporated most of their so-called radical ideas?

One gets the sense that the French public is now fed up with the societal results of leftist ideas that have come to life as a result of their normalization by the establishment. Everything from leftist immigration and policing to economic and environmental policies are driving the French crazy in their daily lives. For example, while in principle the French support environmental protection, they hate how leftists like current Paris Mayor Anne Hidalgo - the Socialist Party presidential candidate currently polling around 5% - go about executing it.

She seems to be on a holy crusade against even zero-emission motor vehicles, and is creating bottlenecks of idling cars all over the city and surrounding area with her constant roadblocks to incite people to ditch their cars.

As a result of this frustration with establishment-normalized leftist ideas, French voters are now turning to candidates on the right side of the spectrum.

Into all of this comes current French Education Minister Jean-Michel Blanquer and his new think tank, 'Laboratory of the Republic'. According to the minister, the aim is to combat US leftist-style ideas of "wokeism" that ultimately "fragments and divides," representing a threat to France's basic underpinnings of solidarity and secularism.

The organization's website features a homage to Samuel Paty - the Paris area schoolteacher who was murdered by an Islamist last year after showing caricatures of the Prophet Mohammed for discussion in his class. "In France, the pen is a sword," Blanquer said. "Everyone remembers a teacher who, like Samuel Paty, never gave up teaching what's difficult." It's a tacit acknowledgement that the window of debate has become far too narrow due to lopsided ideological pressure from activist interests.

And while there's still no such thing as people choosing their own pronouns in France, Blanquer seems intent on nipping in the bud any effort to complicate long-standing traditions in the interests of wokeism. In a post on the organization's website, referring to the relatively new French trend of "inclusive writing" that systematically and routinely "feminizes typically masculine words by placing the feminine ending between midpoints," French Secretary of State for Priority Education Nathalie Elimas wrote that it "is a danger to our country. It is a danger for our school, it is a danger for our language, it is a danger for the very principles of our republic."

It's especially a danger to anyone who's not trying to get caught up in paying lip-service to superficial leftist notions, when there's real, intellectual heavy lifting to do in France in order to undo the damage that has been done by years of the May 68 leftists dominating the French establishment - even as the activists outside its walls try to push it even further into Wokeland.