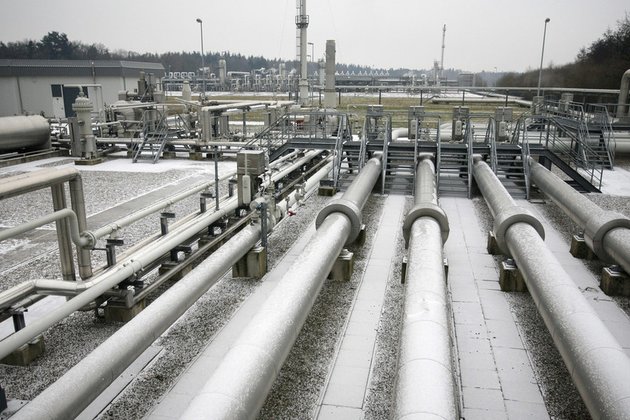 Europe could have a way out of a natural gas shortage if the winter is colder than usual.

Tapping this cushion gas, however, may not be easy because of technical issues and regulations. Under normal circumstances, cushion gas cannot be withdrawn from storage facilities or considered part of the working gas volume (WKV), WoodMac notes.

Yet the past two months have shown that Europe's gas market is experiencing anything but "normal circumstances." The lowest level of gas in storage in a decade just ahead of the winter sent natural gas prices spiking to record highs last month. Prices also surged on the back of a lack of extra Russian supply on top of Gazprom's contractual obligations. Gas prices have eased since mid-October, but they are still triple compared to the beginning of 2021.

Earlier this week, Wood Mackenzie warned that "A cold European winter could result in storage levels falling to zero by the end of March 2022, unless more Russian gas supply is available versus current export levels."

WoodMac suggested an alternative to easing the crunch that could free up to 15 billion cubic meters on the gas-hungry European market - tapping part of the cushion gas.

Typically, these volumes shouldn't be touched because they could damage the long-term performance of storage sites and because the gas is owned by storage operators which cannot sell gas under existing regulations.

"However, with the level of concern that there is in the market and the accompanying exceptionally high prices, these are not normal times. Should WGV go close to zero, governments might need to concede on regulations if they are going to keep the heating on," said Graham Freedman, principal analyst, Europe gas research, at Wood Mackenzie.

"We understand it is possible to use up to 10% of the cushion gas - or quasi-working gas as it is sometimes known - within the engineering tolerances of each facility," Freedman added.

Ten percent of the 150 bcm of cushion gas in Europe would theoretically make 15 bcm of gas available on the tight market, according to WoodMac.

However, European policymakers could see the technical and regulatory issues as too big hurdles to tapping cushion gas.

Increased Russian flows to Europe would be an easier way to meet winter demand in a cold winter without stretching thin working gas volumes to zero.

Russian President Vladimir Putin has promised more gas would be flowing to Europe as soon as November 8, when Gazprom is expected to have completed filling Russia's storage. But this week, gas deliveries dropped as a key pipeline from Russia to Europe reversed flows from west to east.

Following several days of declines, natural gas prices at the key European and UK hubs surged again early this week, after gas flows on the Yamal-Europe pipeline reversed the direction eastward instead of westward through Germany.

This reverse flow lasted for six days between Saturday and Thursday afternoon when gas started flowing to Germany once again, leading to a drop in European gas prices.

Some analysts and EU member states such as Poland accuse Russia of using gas and energy as a weapon to continue exerting influence on the European gas market and forcing Europe's hand into accepting that it needs the controversial Nord Stream 2 pipeline, which awaits regulatory consent in Germany.

The Kremlin, Putin, and all Russian officials deny those accusations and point the finger at Europe's own gas and energy policies of the past decade.

All eyes on the European gas market are now turned to whether Russia's Gazprom would follow Putin's order to increase gas at its storage sites in Austria and Germany.

"If Russia does what Putin said it will do, then there will be a big relief," Frank van Doorn, head of trading at Sweden's Vattenfall, told Bloomberg in an interview at the Flame gas and LNG conference in Amsterdam this week. "If there is no additional gas coming on Monday, we could see a significant price spike," van Doorn said.

This article was originally published on Oilprice.com