NSAs meet in Delhi: Countries stress on continuous presence of UN in Afghanistan 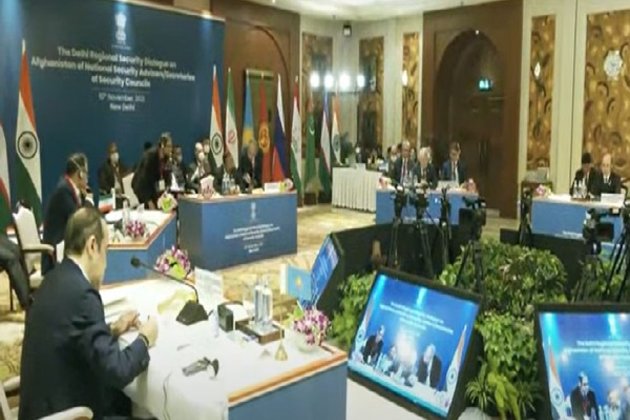 New Delhi [India], November 10 (ANI): India and seven other countries that participated here in the 'Regional Security Dialogue on Afghanistan', stated that the United Nations plays an important role in the country and said that the UN presence in the country must be maintained.

The dialogue was attended by his counterparts of six Central Asian countries, along with Russia, a statement from the Russian embassy informed.

The consultations were also attended by the representatives of Kazakhstan, Kyrgyzstan, Tajikistan, Turkmenistan, Uzbekistan and Iran.

"The participants stated that the United Nations plays a central role in Afghanistan and the permanent UN presence in the country must be maintained," the statement said.

"The countries also emphasized upon the importance of ensuring the rights of women, children and national minorities," the statement added.

They also expressed concerns over the deteriorating economic and humanitarian situation in Afghanistan, and the need for urgent humanitarian assistance to the Afghan people was underlined.

It was confirmed that humanitarian aid suppliers should be provided with unimpeded, unrestricted and direct access to Afghanistan, and distribution within the country should be carried out in a non-discriminatory manner among all sectors of the Afghan society, the statement from Russian Embassy said.

The parties reiterated the significance of providing assistance to Afghanistan to prevent the spread of the new coronavirus infection, the statement added.

The participants agreed to continue their interaction on the Afghan issues within this format.

During the discussion, the NSA Doval also said that developments in the country have important implications not only for the people of Afghanistan but also for its neighbours and the region.

"We are meeting today to discuss the matters relating to Afghanistan. We all have been keenly watching the developments in that country. These have important implications not only for the people of Afghanistan but also for its neighbours and the region," Doval said.

A day before the meeting, NSA Doval had met with Nasrullo Rahmatjon Mahmudzoda, Secretary, Security Council of Tajikistan and had a detailed exchange of views on Afghanistan, sources said.

He also met Victor Makhmudov, Secretary, Security Council of Uzbekistan and both agreed that Afghans must decide the future of their country. (ANI)