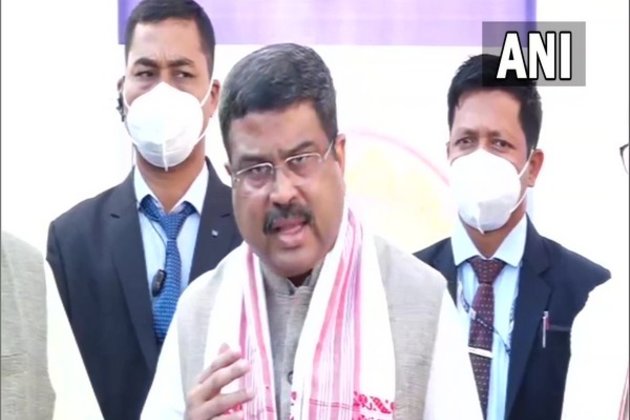 Guwahati (Assam) [India], November 20 (ANI): Stating that the Centre wants Assam to become a laboratory for a caste, tribe, language-based education system, Union Education Minister Dharmendra Pradhan on Saturday said that the Central Government will prioritize every resource needed to achieve this.

"Northeastern states have 180 regional languages and we want Assam to become a laboratory for a Caste, Tribe, language-based education System. The government of India will prioritize every resource needed for this," Pradhan told reporters at a press conference ahead of the event in Guwahati.

Under the Assam government's leadership, a North-East Education Conclave is being held in Guwahati under which Central and State officials will conduct a one-day deliberation, said the Union Minister.

"The Assam government might be the only state to spend 6 per cent of GDP on education. Bio-mass based renewable energy has been of value in the northeast. It will be inculcated into students' educational curriculum and play a role in its economic transformation," he added. (ANI)