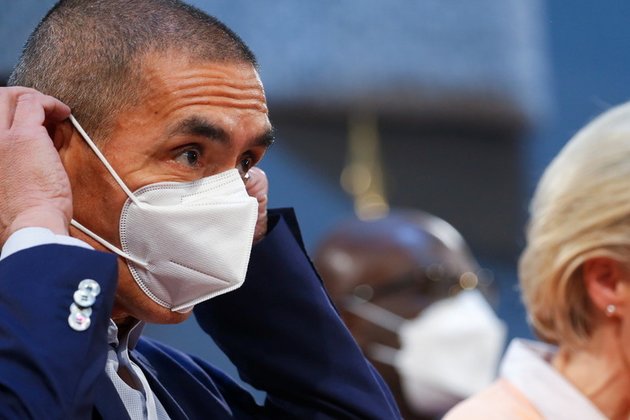 The head and co-founder of a company that produces one of the most widely used Covid jabs, Ugur Sahin, has commented on an interview in which he revealed that he and his family had not been vaccinated.

A video of Sahin, the German immunology and oncology professor who helped develop the Pfizer-BioNTech vaccine, telling a reporter he was not immunized against the coronavirus recently went viral on social media. In an interview with the German DW TV channel, conducted in English, the reporter queries whether the CEO will "allow personal questions," before asking, "I have heard that you yourself have not taken the vaccine yet. Why not?" Sahin responds that he is "legally not allowed to take the vaccine at the moment," due to there being a priority list. "It is more important for us that our co-workers and partners get vaccinated," he says, adding, "What is also important, we were even not allowed to participate in clinical trials."

In an apparent response to the video, Sahin posted a rebuttal on the professional networking site LinkedIn this week. His friends had been urging him to share a photograph of himself being inoculated against the deadly virus, he wrote, but he had thus far "refused to do so," explaining that he had been of the view that his communications should not be about himself, but "should contribute to scientific transparency and provide data, facts, and insights."

However, he said, since the aforementioned interview, he and his wife had each received two doses and a booster of the Pfizer-BioNTech vaccine. The LinkedIn post was accompanied by a photo of Sahin being jabbed against Covid-19 "in early 2021," he said, to address the "false rumors" circulating on social media that he had refused to be vaccinated.

Urging others to follow suit, and citing the experience of a friend "fighting for his life" against severe Covid, Sahin added that his company was currently developing another vaccine "to address the Omicron variant, irrespective of whether it will be needed or not."

The video of the interview, which is still doing the rounds on Twitter, has garnered so much attention that the BioNTech press office has also been obliged to comment on it. The statements its then-unvaccinated CEO made in it were accurate at the time, it said, but were now "completely outdated," a spokesperson told Reuters. The interview was recorded a year ago, when only older people and those in high-risk groups in Germany were legally eligible to receive a Covid-19 shot.