What Will Taiwan Do If China Invades 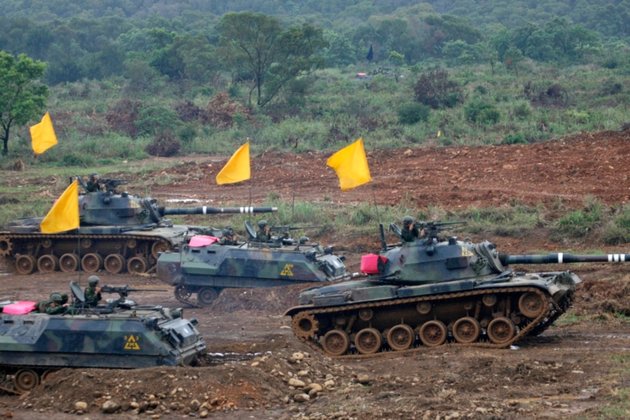 SAN FRANCISCO, CALIFORNIA - Military flyovers from China and tough talk in Washington have made a possible conflict over Taiwan feel more real over the past month. That is true for Chen Yi-guang, a retired finance professional.

The Taipei dweller and his family have casually deliberated overstocking on food and water. They could flee if attacked, he said, but flights might all be cancelled. "There's always the possibility of invasion," said Chen, 52.

Escape, survival and rebellion with aid from Western allies are among the scenarios typically imagined if a sudden Chinese occupation that costs Taiwan its autonomy occurs. The former British colony Hong Kong experienced a sea change with the implementation of the National Security Law in 2020 that many Taiwanese say is too close to home.

"Taiwanese have seen what happened to Hong Kong and they're very scared of that," said Shane Lee, a retired political science professor from Chang Jung Christian University in Taiwan.

More than half of Taiwan's residents combined want to keep the status quo indefinitely or decide later on the question of unification with China or independence according to a survey by the Election Study Center, National Chengchi University. Only 1.5% of the people surveyed wanted reunification "as soon as possible."

China claims sovereignty over the self-ruled island 160 kilometers away and has not dropped the threat of force, if needed, to capture it. The two sides have been separately ruled since the Chinese civil war of the 1940s, when Chiang Kai-shek's Nationalist Party retreated to the island after losing the mainland to Mao Zedong's Communists.

But the specter of a war has captured attention since mid-2020 when the People's Liberation Army began almost daily military aircraft flyovers over a sea west of the island, which experts said is China's attempt to normalize its military operations near Taiwan.

U.S. President Joe Biden's October comment that Washington has a "commitment" to defend Taiwan pushed the idea of conflict further into the forefront.

The Chinese government's Taiwan Affairs Office said in October the flyovers are aimed partly at repelling "external forces" from the China-Taiwan dispute. The same office said in November pressure would ease if Taiwan leaned less on those forces.

Occupation by China, if its Communist system of government came with it, would jolt a Taiwanese society that has spent nearly the past four decades making democratic decisions and electing its own presidents and parliaments.

Xi says China would run Taiwan in a "one country, two systems" style as pledged in 1997 for Hong Kong. Beijing gave the world financial center a degree of autonomy that let people carry on almost like pre-1997. That began eroding after the anti-China protests two years ago.

Taiwanese would fight back to the limits of their strength, said Ken Wu, Los Angeles chapter vice president for the advocacy group Formosan Association for Public Affairs. It would be hard to leave the island, if surrounded by Chinese ships. Rebels might "flee to the mountain ranges" to survive, he said.

"I would imagine Taiwan would definitely try to fight back," Wu said. "It's not going to be what China through its propaganda is saying, that Taiwanese people would not fight back, they would just succumb to Chinese invasion and surrender."

Taiwan's Ministry of National Defense said in September 2020 that it expected to reach 90% of the year's staffing goal. More money and arms could be on the way, parliamentary defense committee member Freddy Lim told VOA.

"I've seen international reports estimating conflict will come very soon and others saying it won't happen," Lim said. "I think personally we should make the most cautious preparations possible, so I'm supporting as a committee member that we raise our defense capabilities."

The People's Liberation Army would post troops at all Taiwan ports and the outlying Pratas islands of the disputed South China Sea to break a chain of U.S. allies, said Alexander Huang, chairman of a military strategy research foundation in Taipei.

U.S. allies periodically link up today to check Chinese maritime expansion. Washington sees Taiwan as part of that group along with Japan, South Korea and the Philippines.

"Militarily, (China) will be getting more powerful, because it has very good access to the Pacific Ocean, and it can threaten the United States directly," Lee said.

Other benefits from Taiwan for Beijing including the world's 21st biggest economy and a powerful high-tech sector, he said.

Imperial Japan defeated the Taiwanese resistance within about six months of landing on the island in May 1895. Most of the guerrilla resistance had surrendered or were defeated by 1902. In contrast, Taiwan would get more international aid if China took it today, Wu said.

Although the Biden Administration says it would live by a 1979 act that obligates the United States only to consider defending Taiwan, in recent years Washington has been fortifying its defense links with Taiwan, with billions of dollars in arms sales and increased visits by U.S. warships starting in 2019.

Pentagon Won't Confirm Reports of US Special Forces in Taiwan

"I don't think for a minute the U.S. would let Taiwan go," Lee said. "It's too important economically, militarily, politically, so I think no matter what the (U.S.) political leader says about the United States position, it would defend Taiwan."

Huang questions how many countries would try to uproot China if it fully occupied Taiwan. "I think there will be a lot of diplomatic statements, useless statements," said the military strategist.

Lynn Liang, a Taipei restaurant cashier, dismisses the idea of war because the flyovers have all missed Taiwan's "territorial airspace" and land. Liang is so confident about zero conflict that she recently enrolled her son in military school to study discipline.

"We won't have a war, because people in Taiwan don't want to fight and mainland China doesn't really want to fight either," she said. "They just want to scare Taiwan and show they're not afraid of going to war if Taiwan's government pushes for independence."

Chen too believes China is laying low. "We are not going as far as preparing for digging a bunker in our basement for nuclear fallout or stocking up food rations for three months or clean water for a month," he said. "We're not doing anything quite like that yet." 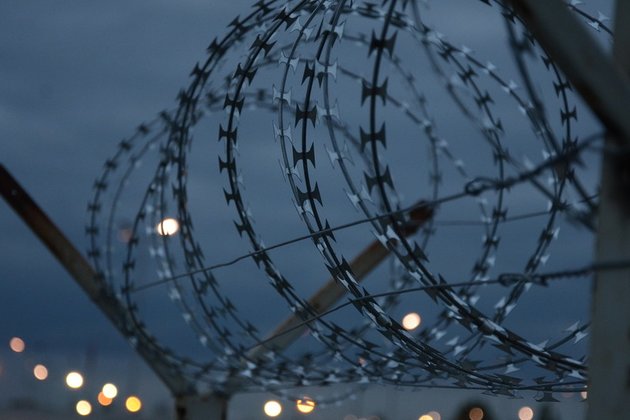