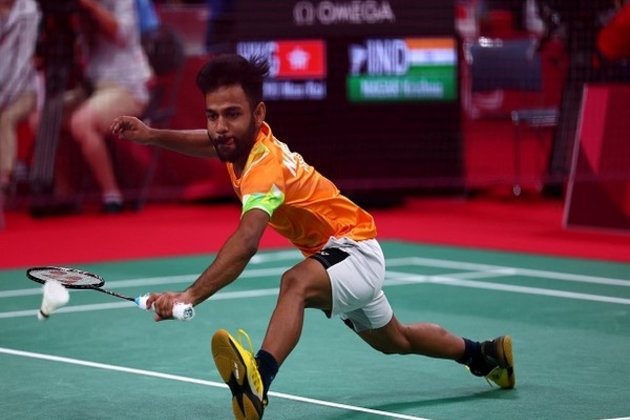 By Anuj MishraBhubaneswar (Odisha) [India], December 24 (ANI): Tokyo gold medallist Krishna Nagar might have stolen the show with his impeccable skills in the Paralympic Games this year but the shuttler knows that he has to start from scratch if he wants to replicate the heroics in the Paris 2024.

Krishna Nagar, along with other shuttlers, is ready to showcase his skills in Para-Badminton National Championship which gets underway from Friday here in Bhubaneswar.

"Everything has again started from zero as qualification round begins from March 2022 and then there is World Championships and Asian Games so my focus is now those tournaments. Then there will Paris 2024, so not much time is left for the Games too, my focus will then shift towards the Paralympics," Krishna Nagar told ANI in an exclusive interview ahead of the start of the tournament.

Having won the gold medal in the Tokyo Paralympics this year, Krishan will be in action for the first time since his remarkable feat. However, the shuttler, who competes in the SH6 category, is under no pressure despite fierce competition in the tournament.

"The Para-Badminton National championship is my first tournament after the Tokyo Paralympics 2020. So I am very excited about the tournament and my aim is to give my best in the competition," said Krishna"There is no pressure on me, every player is different and one should aim to give his best. A national-level competition is your base, even if you don't play Olympics, the National Championships like these form the base for your game," he added.

Relishing his Paralympics feat, Krishna is loving the recognition he is getting from the countrymen.

"There have been many changes in my life, I have got the recognition. People's attitudes towards para-athletes have changed now, and I am loving the public support. This in turn can motivate other athletes too," said Krishna.

Para Sports Association of Odisha along with the Department of Sports and Youth Affairs government of Odisha is organising the Para-Badminton National championship.

The three-day mega sporting event will be held at two venues, Railway Indoor Stadium, Bhubaneswar in association with K.C. Memorial Trust, and Udaan Badminton Academy from December 24 to 26 under the Aegis of Paralympic Committee of India (PCI) and Badminton Association of India. (ANI)