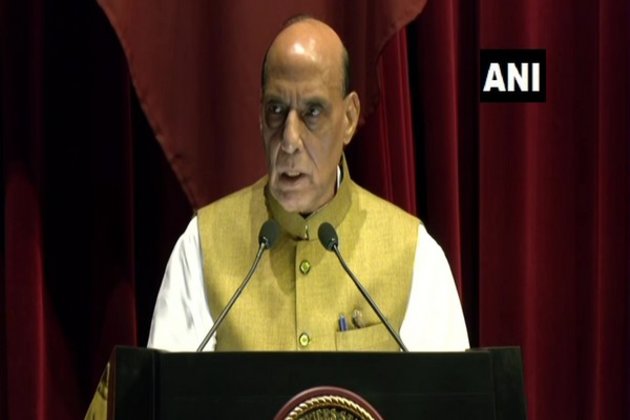 New Delhi [India], December 28 (ANI): India faced its adversary in the Northern sector recently with "grit and determination" and it could not have been possible without proper infrastructure development, said Defence Minister Rajnath Singh on Tuesday while apparently referring to stand-off with China in eastern Ladakh.

The Defence Minister's remarks came after he inaugurated 24 bridges and three roads built by Border Roads Organisation (BRO) in four states and two Union Territories through a virtual event from the national capital.

"We faced our adversary in the Northern sector recently with grit and determination. It could not have been possible without proper infrastructural development. The BRO has been fulfilling its duties with utmost dedication. Strong infrastructure in border areas is essential in today's uncertain times as it strengthens strategic capabilities," Singh said as per the release by the Ministry of Defence.

"As we move forward in the direction of strengthening our border infrastructure, we have to bolster our surveillance systems as well. Problems of infiltration, skirmishes, illegal trade and smuggling, etc often persist in border areas. In view of this, the Government had started Comprehensive Integrated Border Management System sometime back," he added.

The minister emphasised that the Government has taken a number of steps in the last six-seven years to strengthen the BRO, including increasing their budget by three to four times.

Singh lauded the BRO for its initiatives aimed at the welfare of its personnel. "These include a special drive to provide good quality housing, jacketsration in high-altitude areas; increase in the wages of construction workers; better healthcare facilities and ensuring vaccination to the personnel."As per a press release from the Ministry of Defence, out of 24 bridges, nine are in Jammu and Kashmir, five each in Ladakh and Himachal Pradesh, three in Uttarakhand and one each in Sikkim and Arunachal Pradesh. Of the three roads, two are in Ladakh and one in West Bengal.

The main highlight was the inauguration of India's first indigenous Class 70 140-feet Double-Lane Modular Bridge, built at the height of 11,000 feet at Flag Hill Dokala, Sikkim and Chisumle-Demchok road at Umling La Pass at over 19,000 feet in Ladakh which also holds the Guinness World Record of world's highest motorable road.

To boost tourism and facilitate the Armed Forces personnel in border areas, Singh announced the setting up of 'BRO Cafes' at 75 places, as part of 'Azadi Ka Amrit Mahotsav' celebrations. These Cafes will showcase the local traditions and facilities such as food, parking, sitting area, souvenir shops, medical inspection rooms and photo galleries.

Praising the BRO for the initiative, he said, it will promote tourism and regional culture and improve the socio-economic condition of the local people by providing them with employment opportunities.

The e-inauguration has taken the tally of infrastructure projects executed by BRO to a record 102 in a single working season, that too in the 75th year of India's Independence. The BRO has completed the construction in a record timeframe, with state-of-the-art technology used in most of them, the Defence Ministry said.

Earlier in June this year, Singh had dedicated to the nation 12 roads and 63 bridges - totalling 75 projects - in the 75th year of Independence under the aegis of 'Azadi Ka Amrit Mahotsav'. (ANI)