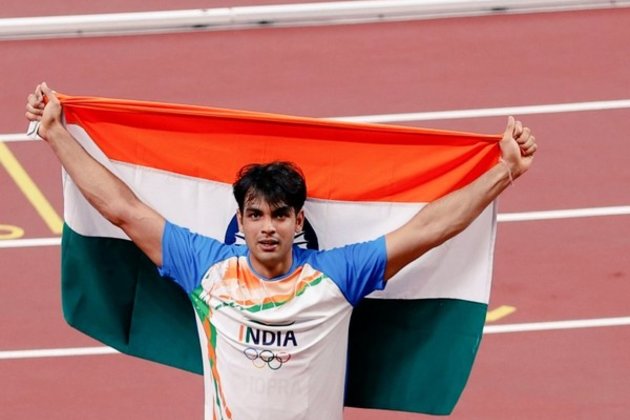 The 24-year-old is in California, US, preparing for the 2022 World Athletics Championships, Commonwealth Games and Asian Games.

"It was an overwhelming experience of fulfiling the wish of legendary athlete Milkha Singh, who has inspired so many people of this country. He has made our country proud on so many occasions and it's really important to remember him at such a big event," said Neeraj Chopra while replying to ANI query during a virtual press conference.

"It was his dream to see an Indian athlete winning gold at the Olympics. I remembered his words at that moment and I wished that he should have been with us to see his dream coming true," he added.

Milkha represented India at the 1956 Olympics in Melbourne, the 1960 Olympics in Rome, and the 1964 Olympics in Tokyo. He was the first Indian athlete to claim a gold medal in the individual athletics category at the Commonwealth Games before the sprinter's record was broken in 2010.

Talking about the upcoming generation, Neeraj said that the children these days are looking forward to going ahead in the javelin after being inspired by him.

"As an athlete, the year 2021 has been really great for me, I made a promising start to my Olympics with a gold medal and for Indian sports, both Olympics and Paralympics were great this year. We faced some issues due to COVID but still, 2021 had been a memorable year for sports," said Neeraj.

"It felt great to win the gold. It was my dream since childhood to play at the Olympics and win the gold. Because of me, Javelin is getting a lot of recognition these days. Opportunities have been created for the younger generations now. Earlier, children didn't know how to start playing Javelin but now things have changed and a lot of people are interested in this sport," he added.

Neeraj had won the gold medal on August 7 and the Athletics Federation of India (AFI) realised the importance of this feat and they went on to declare August 7 as National Javelin Day. From next year onwards AFI's affiliated units will hold javelin competitions in their respective states and inter-district competitions will be held. Javelins will also be provided by the federation to make the event a huge success. (ANI)