Notre Dame cruises past Clemson thanks to Dane Goodwin's 21 points 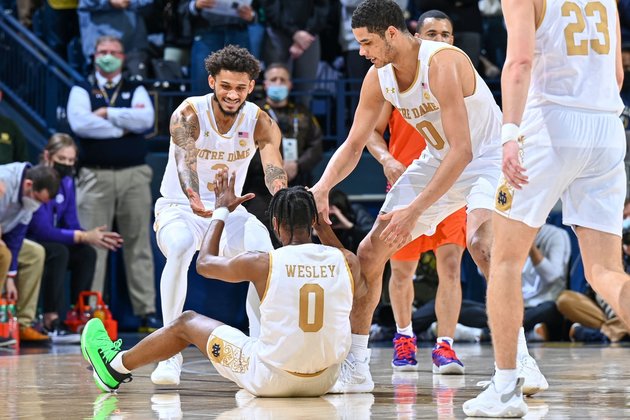 It was the sixth consecutive victory for the Fighting Irish (10-5, 4-1 ACC), who improved to 7-0 at home this season. Notre Dame is 7-2 all-time against Clemson, including 4-1 at home.

Goodwin showed why he's the team's leading scorer, making 8-of-10 shots from the floor, including all three of his attempts from three-point range en route to matching his season high point total.

Goodwin has scored in double figures in each of Notre Dame's 15 games.

Blake Wesley added 20 points for the Fighting Irish, the 13th double-figure game for the freshman guard.

Clemson got 14 points from P.J. Hall, who has scored in double figures in 15 straight games. Hunter Tyson added 12 points for the Tigers.

Notre Dame bolted to a 12-4 lead and was never threatened. The Fighting Irish got 15 points from Goodwin in the opening half and made 6-of-14 shots from three-point range. Paul Atkinson Jr. completed a three-point play with two seconds left in the first half to give Notre Dame a 17-point lead at the break, 39-22.

Goodwin and Wesley combined to score 11 of the Fighting Irish's first 12 points of the second half as Notre Dame's lead swelled to 23 points, 52-29, with 13:34 left. Clemson never drew closer than 14 points after that.

Clemson entered the game No. 1 in the ACC and third nationally in three-point shooting percentage at .409, but struggled mightily against Notre Dame, making only 6-of-32 (18.8 percent) from beyond the arc.

The Fighting Irish, who lead the ACC in three-point shots made per game, made 10-of-26 (38.5 percent) on long-range shots and shot 45.5 percent overall from the floor.

FedEx asks US to let it install laser defenses to planes

MEMPHIS, Tennessee: FedEx is seeking permission to arm its cargo planes with defensive systems to thwart attacks by heat-seeking missiles. ...

Ex-leader Poroshenko Returns to Ukraine to Appear in Court 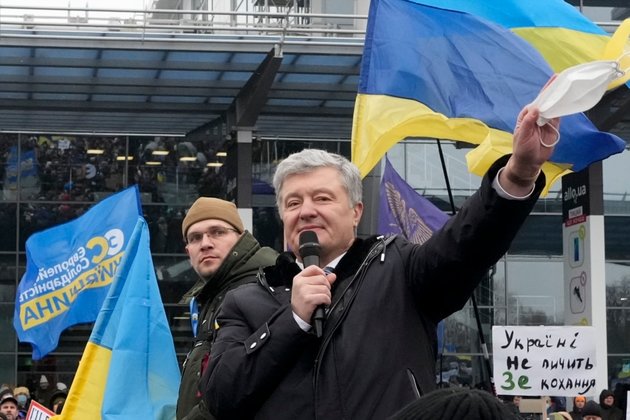 Diamonds of the Night (Dmanty noci)