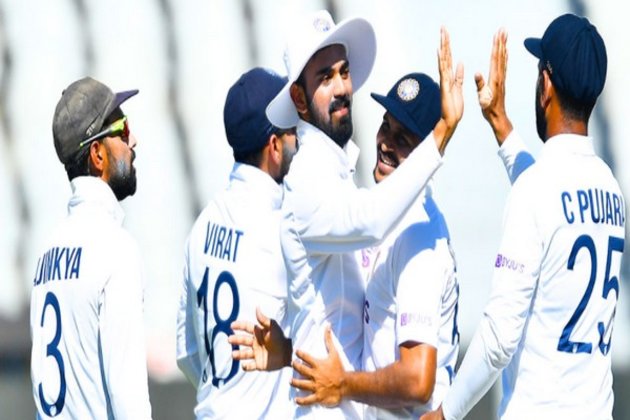 Cape Town [South Africa], January 15 (ANI): No formal charges were filed against Team India following the controversial DRS call that had helped Proteas skipper Dean Elgar get his LBW decision overturned in the fourth innings of the Cape Town Test here at Newlands on Thursday.

However, as per ESPNcricinfo the International Cricket Council (ICC), match officials had talks with the visitors about their conduct on the field but there was no official code of conduct was levied against skipper Virat Kohli and Team India.

Kohli himself had shied away from throwing light on the controversial DRS call on Friday following India's defeat in the Test series.

"I have no comment to make. I understood what happened on the field and people on the outside don't know exactly what goes on the field. So me to try and justify what we did on the field and say 'we got carried away'.... If we would have charged up and picked up three wickets there that could have been probably the moment that could change the game," said Kohli while replying to a query from ANI.

The incident occurred in the 21st over of the innings which was bowled by Ashwin. The spinner bowled a tossed-up delivery and it drifted in, beating Elgar on the inside edge and the ball struck him right in front of the stumps, and on-field umpire Marais Erasmus raised his finger.

Team India was shocked on seeing the ball going over the stumps and the stump mic caught Kohli, Ashwin, and Rahul suggesting some tampering with the technology. Even umpire Erasmus was seen shaking his head on how the ball was missing the stumps.

Meanwhile, South Africa on Friday defeated India in the third and final Test to clinch the three-match series 2-1.

Kohli feels India failed to apply pressure on South Africa throughout the course of the third Test match.

"The reality of the situation is we did not apply enough pressure on him throughout the course of this Test match and hence we lost the game," said Kohli.

"That one moment seems very nice and exciting to make a controversy out of but honestly I am not interested in it. That's a moment and it has passed we moved on from it and we just focused on the game and tried to pick up wickets," he added.

India had won the first Test by 113 runs but South Africa registered wins in the second and third Test to clinch the series. (ANI)