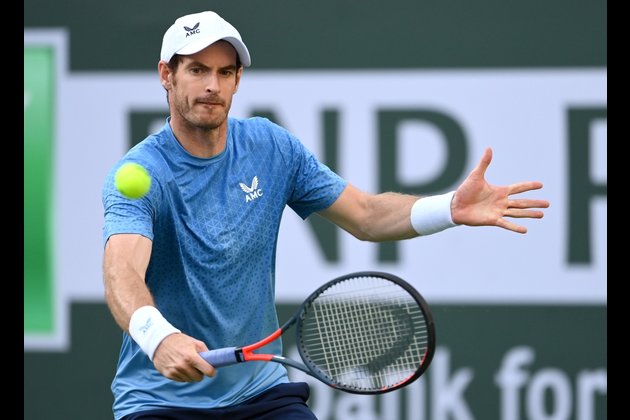 Former world No. 1 Andy Murray recorded his first victory at the Australian Open in five years Tuesday, courtesy of a 6-1, 3-6, 6-4, 6-7 (5), 6-4 win over 21st-seeded Nikoloz Basilashvili of Georgia in a first-round match at Melbourne.

The 34-year-old Brit, who has dealt with injuries since advancing to the fourth round in 2017, broke Basilashvili nine times to emerge victorious in three hours and 52 minutes.

"It is amazing (to be back)," Murray said in his on-court interview. "It has been a tough three, four years. I have put a lot of work to be back here and I have played on this court many times and the atmosphere has been incredible. I have always had fantastic support and this is the court I thought I potentially played my last match on. But it is good to be back, winning a five-set battle like that. I could not ask for any more."

Murray defeated the 29-year-old Basilashvili for the second time in the past week. He also got the better of him at the Sydney Tennis Classic.

Sixth-seeded Rafael Nadal will face German qualifier Yannick Hanfmann in a second-round match later on Tuesday. The 35-year-old Spaniard began his quest for a record 21st Grand Slam championship with a 6-1, 6-4, 6-2 win over American Marcos Giron in the first round on Monday.

Second-seeded Daniil Medvedev of Russia cruised to a 6-1, 6-4, 7-6 (3) win over Switzerland's Henri Laaksonen on Tuesday. The reigning U.S. Open champion was able to dispatch Laaksonen in one hour and 54 minutes.

"He started playing better. He was touching a lot of the lines," Medvedev said of Laaksonen's play in the third set. "He was controlling the game, was hitting full power every shot he had."

Seeded players to win their first-round matches Tuesday were No. 4 Stefanos Tsitsipas of Greece, No. 5 Andrey Rublev of Russia, No. 9 Felix Auger-Aliassime of Canada, No. 11 Jannik Sinner of Italy, No. 13 Diego Schwartzman of Argentina, No. 15 Roberto Bautista Agut of Spain, No. 20 Taylor Fritz, No. 24 Daniel Evans of Great Britain, No. 26 Grigor Dimitrov of Bulgaria, No. 27 Marin Cilic of Croatia and No. 32 Alex de Minaur of Australia.

Seeded players to fall were No. 22 John Isner and No. 29 Ugo Humbert of France.