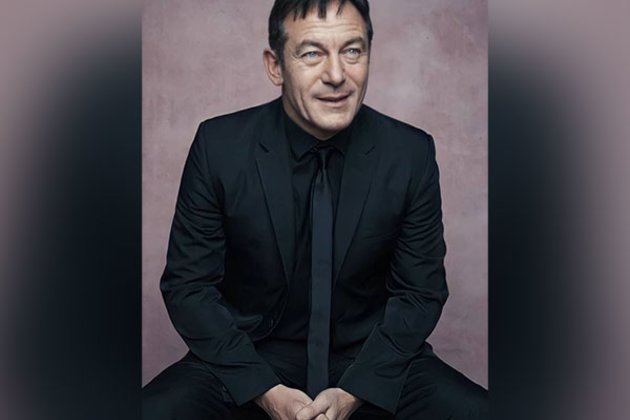 Washington [US], January 21 (ANI): Actor Jason Isaacs of 'Harry Potter' fame has shared his reaction to JK Rowling's outspoken views on feminism and trans rights, which many view as controversial.

Isaacs had played Lucius Malfoy in the 'Harry Potter' films, which are based on author Rowling's mega-hit book series. Rowling came under fire in June 2020 when she appeared to support anti-transgender sentiments in a series of tweets.

Though she denied her views on feminism are transphobic, she doubled down on her controversial standpoints in a lengthy essay shared on her website days later. Potter stars Daniel Radcliffe, Emma Watson and Rupert Grint each spoke out against Rowling's much-criticized remarks regarding the transgender community.

According to People magazine, in a new interview with a news outlet, Isaacs acknowledged the charity work Rowling has done over the years, and briefly addressed her "very controversial" views.

He said, "There's a bunch of stuff about Jo. You know, I play complicated people, I'm interested in complicated people. I don't want to get drawn into the trans issues, talking about them, because it's such an extraordinary minefield. She has her opinions, I have mine. They differ in many different areas.""But one of the things that people should know about her too, not as a counter-argument, is that she has poured an enormous amount of her fortune into making the world a much better place, for hundreds of thousands of vulnerable children, through her charity Lumos. And that is unequivocally good. Many of us Harry Potter actors have worked for it, and seen on the ground the work that they do," Isaacs continued.

He added, "So, for all that she has said some very controversial things, I was not going to be jumping to stab her in the front, or back, without a conversation with her, which I've not managed to have yet."Radcliffe had stated definitively in a previous essay for 'The Trevor Project' that "transgender women are women.""Any statement to the contrary erases the identity and dignity of transgender people and goes against all advice given by professional health care associations who have far more expertise on this subject matter than either Jo or I," Radcliffe wrote at the time.

Responding to backlash back in June 2020, Rowling wrote that she refuses to "bow down to a movement that I believe is doing demonstrable harm in seeking to erode 'woman' as a political and biological class and offering cover to predators like few before it."Actor Ralph Fiennes, who played Lord Voldemort in the 'Potter' franchise, told the news outlet in March that he personally feels the "level of hatred" aimed at Rowling is uncalled for.

"I can't understand the vitriol directed at her. I can understand the heat of an argument, but I find this age of accusation and the need to condemn irrational. I find the level of hatred that people express about views that differ from theirs, and the violence of language towards others, disturbing," said Fiennes at the time, as per People magazine. (ANI)