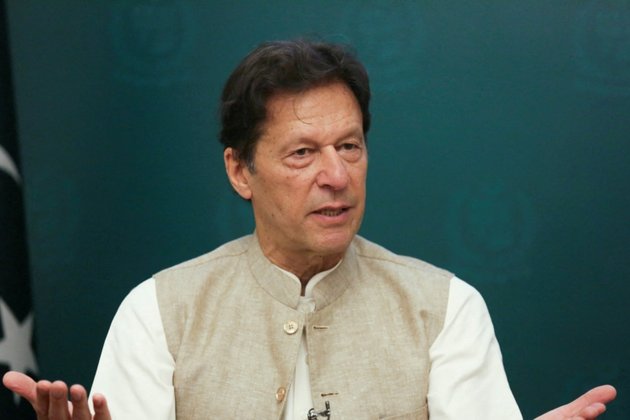 Islamabad - Pakistan's prime minister, Imran Khan, traveled to China Thursday to attend the opening ceremony of the Winter Olympics and meet with Chinese leaders on cementing a traditionally close relationship between the countries.

Officials said they expect the discussions in Beijing would lead to "further swiftness" in the pace of Chinese investments in Pakistan.

"The trip to China is very important for us both politically and economically in particular," said Finance Minister Shaukat Tarin, who is part of the Pakistani delegation, in a recorded video message.

"We are going to convey to China to relocate its industry to Pakistan because (CPEC) special economic zones are now ready and if you do so it would be a win-win situation," Tarin said.

Khan's visit comes at a time when his country's historically rollercoaster relationship with the United States has become increasingly strained and Pakistan faces the diplomatic challenge of maintaining a fine balance between its decades-old ties with both world powers amid Beijing's worsening tensions with Washington.

The Pakistani prime minister has repeatedly stated that instead of siding with so-called Cold War-like "blocks, his country would like to stay neutral and help de-escalate U.S.-China tensions.

"The imperatives of geopolitics have engendered new alignments in our region, which to many, are reminiscent of ideological confrontation of the last century," Khan wrote in an article the Chinese Global Times published in connection with his visit.

The September 2001 terror strikes and subsequent U.S.-led military invasion of Afghanistan witnessed stability in U.S.-Pakistan ties because Islamabad provided its ground and air routes to American forces to sustain their fight against Taliban insurgents and international terrorists.

But the withdrawal of U.S.-led foreign forces last August and the return of the Taliban to power in Afghanistan have upset U.S. policymakers over allegations the Pakistani military's covert support enabled the Islamist group to seize power in Kabul - charges that Islamabad denies.

Critics say U.S. President Joe Biden and his administration appear to have downgraded ties with Pakistan, citing the absence of Biden's direct contact with Khan since assuming office more than a year ago.

The bilateral tensions and Washington's deepening ties with Pakistan's arch-rival India have pushed Islamabad even closer to Beijing in terms of meeting its economic and defense requirements.

"Pakistan is a strategic partner of the United States. We have an important relationship with the government in Islamabad, and it's a relationship that we value across a number of fronts," State Department spokesman Ned Price told reporters Wednesday.

Price also dismissed reports Washington is pressing the country to choose between the United States and China.

"We think partnership with the United States conveys a series of advantages that countries typically would not find when it comes to the sorts of relationships that the PRC (Peoples Republic of China) has sought to have around the world," Price said.

Officials in Washington are critical of China's Belt and Road Initiative, including CPEC, saying it's a "debt-trap" for developing countries, including Pakistan.

Islamabad and Beijing dismiss the criticism as unfounded, saying CPEC projects have ended Pakistan's power crisis and laid the foundation for sustainable economic growth in the country.

"There is a lot of criticism about the treatment of Uyghur by China in the West. But our ambassador went there [to Xinjiang] and he sent us information that this is actually not true on the ground," he told a group of Chinese journalists in Islamabad ahead of his Beijing visit.

Mustafa Hyder Sayed, the executive director of the Islamabad-based Pakistan-China Institute, underscored the importance of Khan's meeting with Xi, saying the last time the two leaders met in person was in October 2019.

"Historically, China and Pakistan have always been very, very close but the recent new Cold War has actually brought both countries closer, with China becoming the biggest and primary investor in Pakistan," Sayed noted.