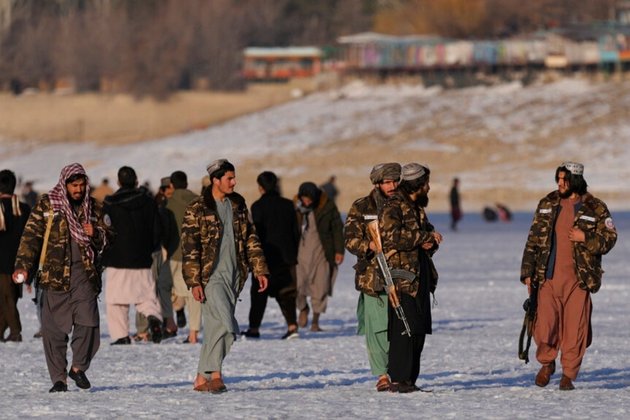 islamabad - Afghanistan's Taliban said Friday that they had released from custody two foreign journalists and their local colleagues after 'verifying their identities.'

The announcement came hours after the U.N. High Commissioner for Refugees (UNHCR) had confirmed the detention of the journalists in the capital, Kabul, saying they were working for the relief agency and efforts were under way to secure their release.

"We are relieved to confirm the release in Kabul of the two journalists on assignment with UNHCR, and the Afghan nationals working with them," the refugee agency tweeted late Friday.

"We are grateful to all who expressed concern and offered help. We remain committed to the people of Afghanistan."

The detention had sparked international outcry, with critics denouncing it as an assault on free media by the country's Islamist rulers.

Taliban spokesman Zabihullah Mujahid contended that the foreigners were taken into custody for failing to produce necessary documents to prove their association with the international organization they said they were working for.

"They were in good condition and in contact with their families. Their identities have now been established and they have been set free," Mujahid wrote on Twitter in local language. He shared no other details.

Afghanistan's former vice president, Amrullah Saleh, was the first to report via his Twitter the detention, saying the Taliban had "kidnapped" nine Westerners, including former BBC journalist Andrew North. He identified another Westerner in custody as Peter Jouvenal.

"Due to no media, no reporting by citizens and a suffocating atmosphere corruption, crime and atrocities aren't well exposed," Saleh wrote. "As an example, nine citizens of western countries have been kidnapped, amongst them Andrew North of BBC & Peter Jouvenal, owner of Gandomak Restaurant."

North, who has reported from Baghdad and Beirut for the BBC, has been working as an independent journalist in Afghanistan and meeting with Taliban leaders, according to his personal website.

Natalia Antelava, North's wife and a journalist, asked via Twitter for help in securing the release of her husband.

'Andrew was in Kabul working for the UNHCR & trying to help the people of Afghanistan,' she wrote. 'We are extremely concerned for his safety & call on anyone with influence to help secure his release.'

The Committee to Protect Journalists in a statement denounced the detentions, saying they were a sad reflection of the overall decline of press freedom and increasing attacks on journalists under Taliban rule.

"Andrew North and the other unidentified journalist should be freed immediately and allowed to continue their work, and the Taliban must halt its repeated attacks on and harassment of journalists," said Steven Butler, CPJ's Asia program coordinator.

The CPJ quoted a U.N. official in Kabul as telling the media rights group on the condition of anonymity that North was detained on Tuesday.

The Taliban have been cracking down on dissent since regaining control of Afghanistan last August, briefly arresting dozens of local journalists and allegedly subjecting some of them to physical violence. But no foreign journalists have been detained until now.

On Friday, Taliban authorities reportedly also released several female activists whom they had allegedly arrested days ago for taking part in anti-government protests and demanding rights for women.

Parwana Ibrahimkhel, who was among the missing activists, told the private Afghan TOLO news channel that she was freed by the Taliban on Friday and that she was in good health. Ibrahimkhel said other female activists were also released from Taliban custody, but she gave no details.

The Taliban, who had denied they were behind the disappearances, have not yet commented on Ibrahimkhel's assertions.

The United Nations and rights groups had been pressing the Islamist group to investigate and locate the women.

'I am increasingly concerned about the well-being of missing women activists in Afghanistan. Several have 'disappeared,' some not heard from in weeks," U.N. Secretary-General Antonio Guterres tweeted on Thursday.

"I strongly urge the Taliban to ensure their safety so that they can return home," he said.