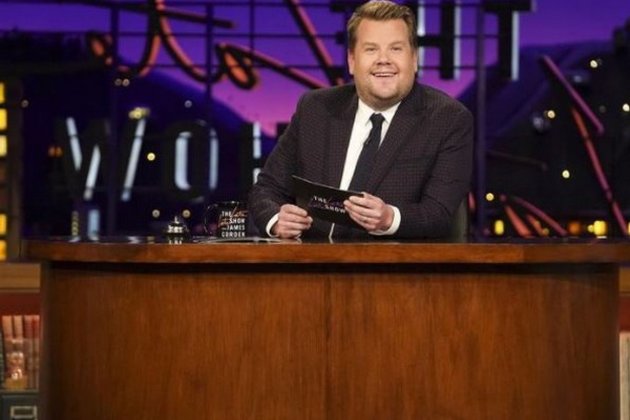 While delivering a mostly sombre speech at the top of his show, Corden explained why he felt like he couldn't carry on as usual amid such events.

After explaining the show's typical approach of staffers joking around with each other before turning to a humorous take on the news, Corden said, "but today, if you are thinking about the news, there is really only one news story, and that news is so dark: that a war has begun, a sovereign country has been invaded."He went on to say that his thoughts were with the people of Ukraine, specifically "the innocent men and women and children in Ukraine who are terrified for their lives." He added that he was struggling even to make sense of what had happened.

"I don't know how to process it. Like, I don't even know how to talk about this to my own children, let alone begin talking to you about it on television," Corden said.

Corden continued, "And it's weird, you know, like just because I wear a suit and I sit behind this desk, it doesn't really mean anything. I am not nearly qualified enough to speak about these events. I'm not."He also felt joking about "any other trivial news story" would have been inappropriate. "I can't shake the feeling of how utterly terrifying all of this is, and how scared the people of Ukraine must be feeling today, how scared everyone in Eastern Europe must be feeling today," he said.

As per The Hollywood Reporter, Corden further added, "And I'm sure I can't fathom that this is happening in 2022, and the ramifications of this are monumental, and we should be under no illusion of how serious and sad the situation in Ukraine is." (ANI)