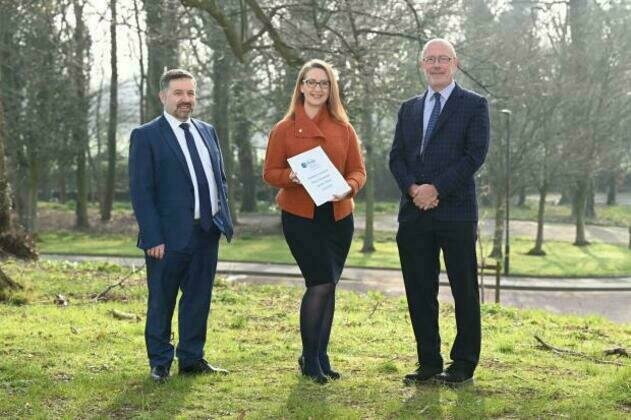 The Action Plan sets out 14 high-level actions that will be taken forward over the next year, working with healthcare professionals and educators, researchers and commissioners, as well as rare disease patient organisations and those personally affected by rare disease.

The Minister said: "In January this year, I joined my counterparts across the four nations of the UK to publish the UK Rare Diseases Framework, which outlined national priorities for improving the lives of those affected by rare conditions. I am now pleased to announce the steps we will be taking to continue building on the progress already made, so that we can deliver meaningful actions for the rare diseases community in Northern Ireland through this Rare Diseases Action Plan.

"The rare disease community includes newborns, children and adults, people living with both genetic and non-genetic conditions, people who have received a diagnosis, but also those who may never be diagnosed. Whilst around 80% of rare diseases have an identified genetic origin, it is important to recognise that other factors such as disordered immunity, infections, allergies, deterioration of body tissues and organs, and disruption to development in the womb can cause rare diseases.

"The Northern Ireland Rare Diseases Action Plan is a good example of the power of co-production and an integrated care system approach where key stakeholders and delivery partners have come together to agree these important actions. It means that more people with a rare disease will benefit from better co-ordination of care, improved access to clinical trials and research, increased education and training, and collaboration among specialist teams across these islands.

The Chair of the Northern Ireland Rare Diseases Partnership Rhoda Walker, who was deeply involved in the development of the Action Plan, said: "While rare diseases are labelled as 'rare' because of the small numbers of people involved, in the more than 7,000 rare diseases that we know exist, collectively they are very common, with 1 in 17 people in Northern Ireland being affected by a rare disease at some point in their lifetime. It is highly likely that you know someone with a rare disease."

Chief Scientific Advisor Professor Ian Young, who is Chair of the Northern Ireland Rare Diseases Implementation Group, said: "The priorities and themes of the UK Rare Diseases Framework have helped guide us to develop actions which will continue to improve on the previous rare disease work, but also develop new approaches to reduce the diagnostic odyssey. It is vitally important that this patient group can access the important advances in technology and healthcare through a range of approaches and avenues by ensuring inclusion in related strategies and programmes and by committing to work together to address early diagnosis, effective treatments and supporting patients with a rare disease to live well with their conditions."

Minister Swann concluded "This is an exciting time for rare disease patients and their families. Last Friday I announced the publication of the UK-wide Shared Commitments for Genomic Healthcare. Now I am delighted to follow up with the publication of Northern Ireland's Rare Diseases Action Plan for the next year. The actions described in this plan are far-reaching and diverse, interweaving across and between individual actions and stakeholders. Some will be easier to implement than others, for example where there are opportunities to work smarter and more efficiently with little or no cost. Some are likely to have longer lead-in times where interconnectivity with other Government strategies is required. But each of these strategies and plans will together help us all to ensure a better future for our rare disease population."