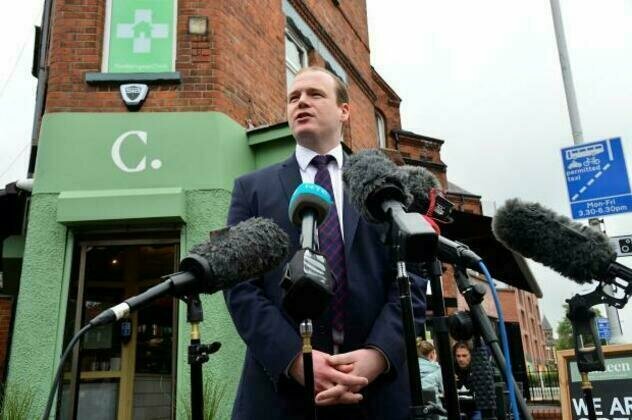 The High Street Scheme has been recognised as an effective way to stimulate the economy, restore consumer confidence and safeguard jobs, by retail, hospitality and leisure businesses in Northern Ireland.

Minister addresses the media at HSS launch in Belfast

That was a key finding of the 'Business Impact of the Northern Ireland High Street Scheme' report which included a survey carried out by Retail Economics on behalf of the Department.

The research report was undertaken to assess the impact of the High Street Scheme on the retail, hospitality and service sectors and was focussed on gathering business feedback.

Its findings show that the scheme delivered against five key areas. These are:

From the 315 retail, hospitality and leisure businesses surveyed, the following key statistics emerged:

Economy Minister Gordon Lyons welcomed the findings. He said: "The High Street Scheme was a novel and ambitious initiative which achieved exactly what it set out to do. Its objectives were to bring people back on to the High Street and to deliver an economic shot in the arm into our retail, hospitality and service sectors to help them recover from the devastating impact of the pandemic.

"Just under 1.4million cards were issued and over Pound 136 million was injected into the Northern Ireland economy as a result. The research revealed by 'Business Impact of the Northern Ireland High Street Scheme' is further evidence of the success of the scheme in meeting these objectives."