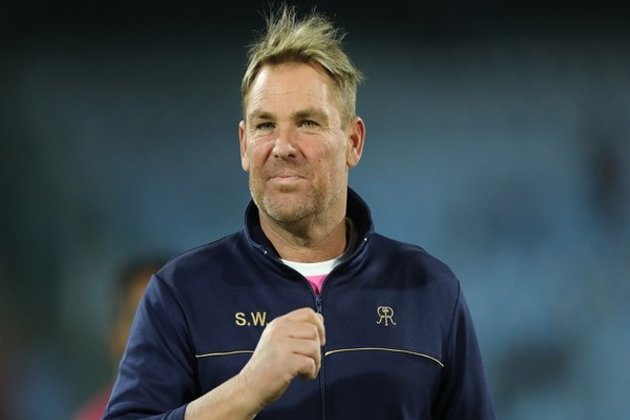 Warne tragically died from a heart attack at the age of 52 early this month.

"It was in the year 1991 that I played against him. We were playing a practice game against Prime Minister's XI. And here comes a stocky, strong, blonde guy bowling leg-spin. The focus was on other bowlers, by that time I had played a couple of years of international cricket and the focus was on the rest of the attack. But Shane came and bowled some incredible deliveries," said Tendulkar in a video posted on his YouTube channel and 100MB app.

"He was not as accurate compared to what he became towards the latter part of his career but it was evident that he had strong fingers, good wrist position, strong shoulders and gave it a good rip. I was beaten on a couple of occasions as the ball spun. On Australian surfaces, the ball didn't spin initially but as the match progressed, the ball started turning. But Shane was someone who was able to spin the ball from Day 1," he added.

Tendulkar further said that he last met Warne in London - where he had paid a visit after IPL 2021. The two got together and even played golf.

"After the last IPL, I went to England to spend some time in London where we got in touch with each other and also planned a round of Golf. It was fun. When Shane was around, there was not a dull moment. He was full of entertainment and jokes and those mini battles that we had, I realise it was not just the spin but also the swing that came naturally to him. He was a good golfer. I hate saying he was because we have to accept what has happened. For us, he will continue to live in our hearts," said Tendulkar.

"I enjoyed physically meeting him in London but even post that, I remember my last message to him was when he met with a bike accident. I said hope you are okay, everything is fine? He said no I just took my bike out for a spin and it skidded and I am injured but I should be fine. So my response to that was - you could spin the ball the way you wanted to but taking out your bike for a spin isn't a good idea, my friend. And he responded by saying he was on pain killers for 4-5 days and that he should be okay," he added.

Warne famously claimed his 700th Test wicket at the ground on Boxing Day in 2006 when he dismissed England captain Andrew Strauss and finished his career with 56 Test wickets at the iconic venue. (ANI)