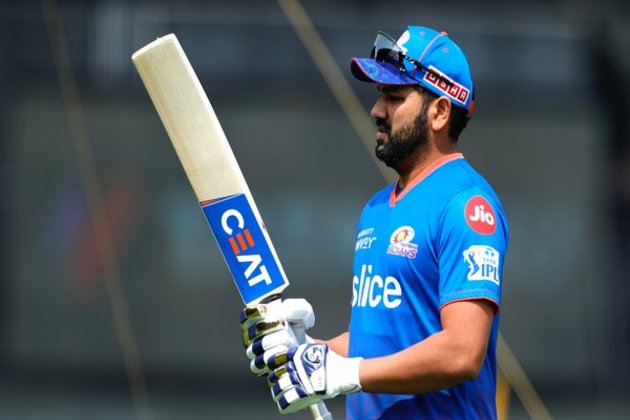 League matches of IPL 2022 are being played at the Wankhede Stadium, Barbourne Stadium in Mumbai, Dr DY Patil Stadium in Navi Mumbai, and MCA International Stadium in Pune.

"Speaking of home advantage, I believe, except me and Surya, there are not many guys from Mumbai. Like I said before, it's a relatively new team not many of these guys have played in the climatic conditions of the city of Mumbai. They must have played a few games, but not a lot of games. So, I personally don't believe it's a full-on advantage. Yes, we have been practicing here in Mumbai for a very long time now. But not a lot of these guys have not played a lot of games," said Rohit Sharma.

"So yes, being in Mumbai, being a home team, being a Mumbai franchisee that's an addition. But if I really want to talk about the skills of having been used in these types of conditions, that has not been done yet. Because I don't totally believe in this advantage. If the IPL would have happened last year in Mumbai. Yes, it would be an advantage as a lot of players from last year had played in Mumbai," he added.

The MI skipper further said that he always considered Sachin Tendulkar as his inspiration for playing cricket.

"My inspiration has always been Sachin Tendulkar. Since I was, I think eight or nine years I started watching him and what he's done in his career. When it comes to playing cricket, I don't think anyone can achieve that. And, over the period of 25 years, he has managed to carry the entire responsibility of the team on his shoulder. It is not easy," said Rohit.

"So, for me, he is the one and I always followed him as to what he's done in his career, how he's carried himself, on and off the field. And the most striking thing about him is his humilitytowards life, not in just cricket, but he is very humble as a person. After achieving so much, it's not easy to stay humble, but he's managed to do so," he added.

The MI skipper, who is also the ambassador for the Spanish top-tier football league, La Liga, in India revealed that 1998 FIFA World Cup winner Frenchman Zinedine Zidane, is his favourite footballer.

Rohit also talked about his most memorable La Liga match. He said: "I would say live, I went to El Clasico in 2020, just before COVID struck. We were there in Madrid to watch the Real Madrid and Barcelona game. So that was my best ever memory of La Liga so far. I want to create more memories with La Liga, but now because we play so many games, and there are so many restrictions right now. I'm not able to travel there and experience it."MI are yet to open their points tally in IPL 2022 as they have lost their opening two matches against Delhi Capitals (DC) and Rajasthan Royals (RR). They will be going up against Kolkata Knight Riders (KKR) in their next clash on Wednesday at MCA Stadium, Pune. (ANI)