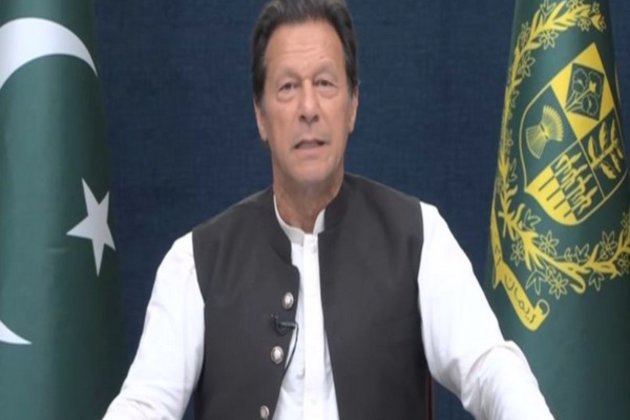 Islamabad [Pakistan], April 6 (ANI): Slamming Imran Khan over his "move to dissolve the Parliament rather than face a no-confidence," Human Rights Watch (HRW) said on Tuesday that the action "effectively deprives Pakistani citizens of their right to choose their government".

The New York-based watchdog said that the "move has plunged Pakistan into constitutional crisis". It added that the legal experts, journalists, and rights groups have condemned the April 3 actions "as an assault on the country's democracy".

"Pakistani Prime Minister Imran Khan's move on Sunday to dissolve parliament rather than face a no-confidence vote that could remove him from power effectively deprives Pakistani citizens of their right to choose their government," the HRW said.

Pakistani President Arif Alvi on Sunday dissolved the Pakistani parliament following Khan's advice. Imran Khan made the proposal minutes after parliament's deputy speaker rejected a motion of no confidence in him as "unconstitutional."Pakistan media and opposition parties criticised this decision saying that it violated all rules governing proceedings in the House.

"The move has plunged Pakistan into constitutional crisis. Under Pakistan's constitution, the prime minister ceases to hold office if a majority of the National Assembly votes for a motion of no confidence - Imran Khan's party appeared to have lost its majority by April 3. The action allows Khan to continue as prime minister until a caretaker government takes over, with neither a national assembly nor a federal cabinet," the rights watchdog said.

The rights watchdog said Imran Khan's dissolution of parliament to prevent it from voting so that he could remain in office threatens core democratic principles.

"It infringes on the rights of Pakistani citizens to choose their government, which is protected under the International Covenant on Civil and Political Rights. The government's threatened use of violence, allegations of treason, and abrogation of the constitution are hallmarks of dictatorship, which Pakistanis have previously endured and should not have to endure again," the HRW said.

On Tuesday, the Chief Justice of Pakistan Umar Ata Bandial said that constitutional orders are above the rules of the national assembly, Geo News reported.

"SC does not practice interference in foreign policy or state policy affairs. It would be easier for us if the case is examined in the light of law and Constitution instead of policy issues," Bandial remarked during the hearing of the case filed against the dissolution of the Pakistan Parliament. (ANI)