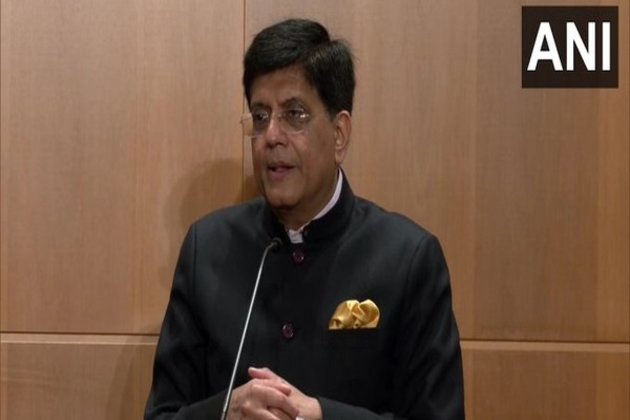 Sydney [Australia], April 7 (ANI): To further deepen the educational partnership between India and Australia, Union Commerce Minister Piyush Goyal on Thursday invited the University of New South Wales to expand its footprints in India to enable students on both sides to compete in the global ecosystem.

Goyal is on a three-day visit to Australia and today he visited New South Wales University and interacted with students.

"I invite the University of New South Wales to expand its footprints in India and enable students on both sides to gain," said Goyal at UNSW, Sydney.

He said that education will act as a bridge between the two countries.

"I believe that such partnerships are important for the world as we increase our strategic engagements between Australia and India. Education will act as a bridge between the two countries, it has always been an important element of our partnership," said the Union Commerce Minister.

Goyal further said that the partnership between the two countries can truly transform the lives of Australia and India.

"A lot of the good work that researchers come out with does not get that kind of scale and opportunity to operationalise and therefore the partnership between the two countries can truly transform the lives of Australia and India," he added.

Australian Trade Minister Dan Tehan too stressed the importance of growing the education relationships between the two countries.

"It is absolutely vital that we educate Indian students in Australia and also use that as a basis to grow education relationships between the two nations. I want to see Australian students flocking to India to get educated," said Tehan.

Meanwhile, Goyal also remembered his last visit to Australia six years ago as Minister for Power and Coal and Renewable Energy.

"I had the responsibility to take power in every home of the country so that no child is deprived of electricity and has good quality of life. I needed coal to power it, and at the same time wanted to be part of the global world effort to move to clean energy, and renewable energy, and find solutions to the grappling problems of climate change. In that context I visited your University 6 years ago, I was truly amazed at the wonderful work done in photovoltaics. I remember going to your labs, talking to your colleagues and at that time I had made one point that becomes extremely relevant in the context of the IndAus ECTA agreement. Tehan calls its Unity Agreement between India and Australia," said Goyal.

The newly signed trade pact with Australia is expected to take bilateral trade from the existing USD 27 billion to nearly USD 45-50 billion in the next five years and the government expects one million jobs to be created in India in the next four to five years.

Both countries inked the India-Australia Economic Cooperation and Trade Agreement (ECTA) on April 2.

ECTA is the first trade agreement of India with a developed country after more than a decade and provides for an institutional mechanism to improve trade between the two countries.

Highlighting the need for educational partnership amid climate change, Goyal said, "Australia and India need to work together because your technology, research, hard work used in the large setting of 1.35 billion people and a very aspirational young India wanting to see growth, prosperity, high quality of life that other parts of the world are enjoying. Everybody today has access to the internet, and television. We are seeing what's out there. They want all of that and if we can set things right before the growth goes in a big way and use clean energy, we will be actually in a position to save the world, save the country from the adverse impact of climate change."India and Australia Economic Corporation Trade Agreement are expected to create millions of jobs for both countries. IndAus ECTA will unlock the huge market of almost 1.4 billion consumers in India to Australian industries. (ANI)