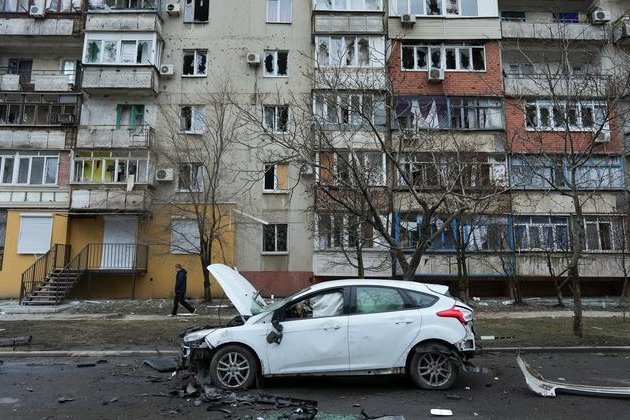 In efforts to end the war in Ukraine, Secretary-General Antonio Guterres has written separate letters to the leaders of Russia and Ukraine to request meetings with them in their respective capitals, the United Nations said on Wednesday.

The letters were handed over to the countries' UN Missions in New York on Tuesday.

"The Secretary-General said, at this time of great peril and consequence, he would like to discuss urgent steps to bring about peace in Ukraine and the future of multilateralism based on the Charter of the United Nations and international law," said Mr. Dujarric.

"He noted that both Ukraine and the Russian Federation are founding members of the United Nations and have always been strong supporters of this Organization."

The announcement came a day after the UN chief called for a humanitarian pause in Ukraine ahead of Orthodox Christian Easter this weekend.

The UN Crisis Coordinator for Ukraine, Amin Awad, has underlined the Secretary-General's appeal amid the mounting humanitarian crisis in the country and the intensifying Russian offensive in the east.

The four-day pause would allow for safe passage of civilians willing to leave conflict areas, he said, and the safe delivery of urgent humanitarian aid to people in the hardest hit areas of Mariupol, Kherson, Donetsk and Luhansk.

"During this week - which marks a rare calendar alignment of the three of the most sacred religious holidays of Christian Orthodox Easter, Jewish Passover and the Muslim holy month of Ramadan - it is the time to focus on converging interests and set aside our differences," said Mr. Awad.

Casualties continue to mount in the war in Ukraine, which began on 24 February. There were 5,121 civilian casualties in the country as of Tuesday, including 2,224 deaths, according to the latest update from the UN human rights office, OHCR.

As Mr. Awad stated: "The loss of life and severe trauma caused by attacks on hospitals, schools and places of refuge is utterly shocking, as is the devastation of critical civilian infrastructure in the country."

Millions without water and electricity

The Ukraine conflict has generated the largest and fastest displacement in recent years.

Some 12 million people have been forced to flee their homes, with more than five million crossing the border into neighbouring countries and beyond.

Many of those left behind do not have access to water or electricity, while another 12 million are affected by economic hardship and a decline in services.

In eastern Ukraine, some 1.4 million people are without access to running water, including in the besieged port city of Mariupol. Millions more have only limited access to water and electricity.

Growing insecurity, including due to contamination with explosive devices, is a significant obstacle to accessing hard to reach areas in the east.

"This terrible toll on civilians must come to an end," said Mr. Awad, warning that the war's devastating impact could affect Ukraine for generations.

"The immediate impact of this senseless war is the gravest here in Ukraine but it could have global ramifications, putting 1.7 billion people worldwide at risk of poverty, hunger and destitution".