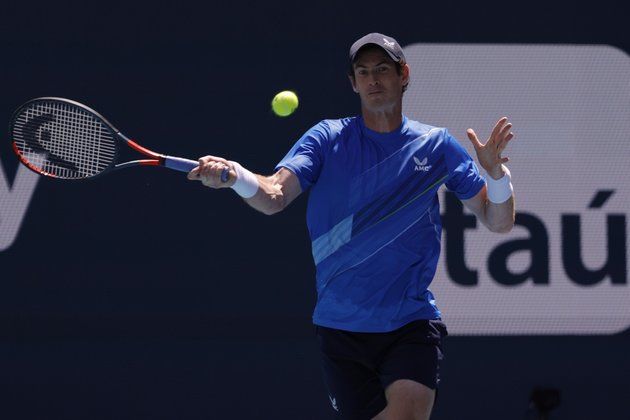 Britain's Andy Murray knocked off No. 14 seed Denis Shapovalov of Canada in three sets Tuesday at the Mutua Madrid Open to set up a match with Novak Djokovic in the Round of 16.

Murray defeated Shapovalov 6-1, 3-6, 6-2 in two hours, nine minutes to advance to the third round, where he'll face Djokovic for the right to advance to the quarterfinals. The top-seeded Djokovic breezed past Gael Monfils 6-3, 6-2.

It'll be the first match between Murray and Djokovic since 2017.

"In theory I should have no chance in the match. He's obviously No. 1 in the world (and) I'm playing with a metal hip, so I shouldn't have a chance in the match," Murray said in his post-match interview. "It's a great opportunity for me to see where my game's at and to play against him again."

"He's moving well, playing better and better. It's really fantastic to see, because he's an important player for our game," Djokovic said. "He's made his mark in the history of our sport by winning multiple slams and gold medals and (reaching) No. 1 of the world. He's one of the most important names that we have."

Sebastian Korda knocked off No. 15 Reilly Opelka 6-3, 7-5 in an all-American battle.