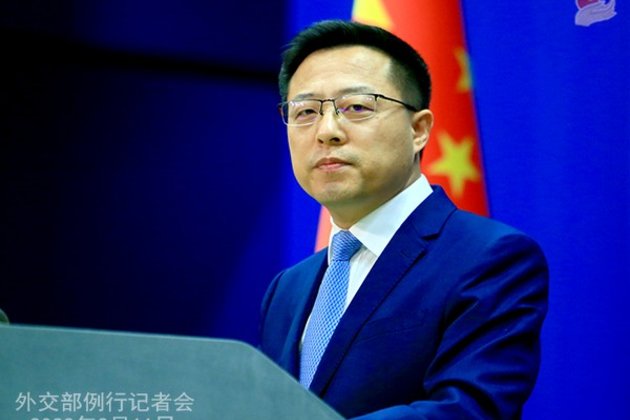 Beijing [China], May 6 (ANI): Amid a mounting pressure on China, especially from the US to condemn the Russian actions in Ukraine, the Chinese Foreign Ministry spokesperson Zhao Lijian said that "sanctions only make the world economy worse".

The Chinese spokesperson made the remarks during a press briefing when asked to comment on the International Monetary Fund (IMF) recently downgrading its 2022 global economic growth forecast to 3.6 per cent, Xinhua reported.

"Facts have already proved that sanctions cannot bring peace but only make the world economy worse," Zhao said, adding, "the United States, as the world's largest economy, should do more that is conducive to the recovery of the global economy and the stability of the global supply chain.""China stands ready to work with all parties to contribute to stabilizing global industrial and supply chains, promoting world economic recovery, and boosting global confidence in development," Zhao said.

"Facing a sluggish and fragile global economy, the United States and a handful of other countries are sticking to their own interests and blindly increasing unilateral sanctions," Zhao added.

China has been under pressure from the Western countries, especially from the US, over its tactic support to the Russian invasion of Ukraine, continuing trade deals, and refusing to condemn the Russian actions.