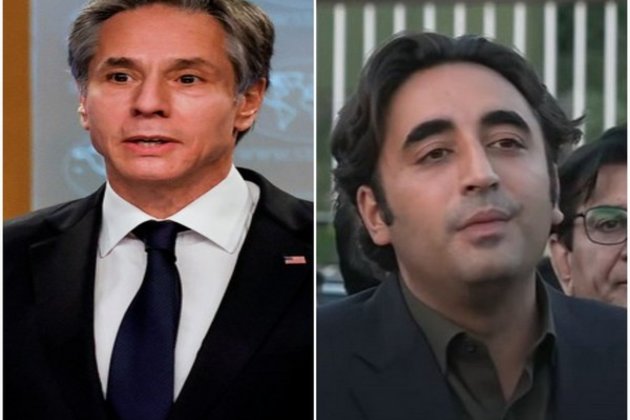 Washington [US], May 7 (ANI): Marking the 75th anniversary of the US-Pakistan relations, the US Secretary of State Antony Blinken, during his talks with the Pakistani Foreign Minister Bilawal Bhutto Zardari, expressed the desire to strengthen the bilateral relations between the two countries.

This comes at a significant juncture as former Prime Minister of Pakistan Imran Khan had levelled charges against the US for conspiring to oust him from power. The US State Department, however, had refuted all the allegations, saying that there is no truth to them.

"Received a call from Secretary Blinken. Grateful for warm felicitations on my assumption of office," Bhutto-Zardari said in a tweet he posted after the call.

"Exchanged views on strengthening mutually beneficial, broad-based relationship, promotion of peace, developmentsecurity and agreed engagement with mutual respect is the way forward between the US and Pakistan," he added in another tweet.

The phone call to Bhutto-Zardari was the first contact between the foreign ministers of the two countries in quite a while. On September 24, 2021, then-FM Shah Mehmood Qureshi met Secretary Blinken on the sidelines of the UN General Assembly session in New York. (ANI)