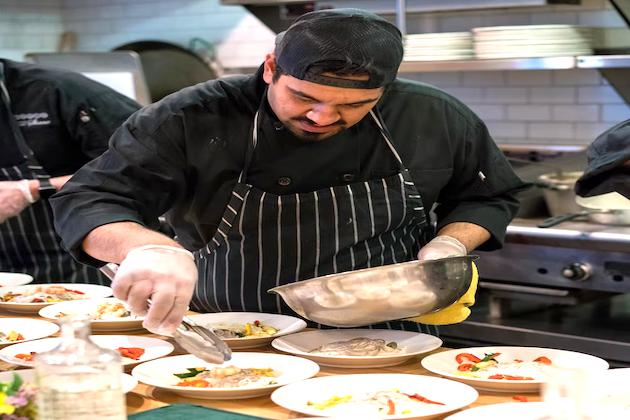 DUBLIN, Ireland: Hospitality officials in Ireland are voicing concern about the critical shortages in staff in the hospitality industry as the summer tourism season begins.

Some officials say that 40,000 workers in the hospitality industry left their jobs during the Covid shutdowns.

"What we are seeing now, and will see through the summer months, is businesses just will not be able to open certain days of the week. They just don't have enough staff to cover it," said Adrian Cummins, chief executive of the Restaurant Association of Ireland, as quoted by BreakingNews.ie.

"You take a town like Kinsale, which is a big tourist spot. I have heard from operators down there that they are asking Filte Ireland to advise tourists to pre-book their meals for a Saturday or Sunday night."

"They just cannot guarantee they will get a meal if they just show up," said Cummins.

Another problem is that there does not appear to be a uniform strategy when confronting the staffing problem.

"Everybody is crying out for one single agency to deal with staffing for the industry. You have Teagasc who looks after the farmers, but we are one of the biggest parts of the economy, and we do not have anyone in charge," Cummins said.

Of note, Cummins said it is "load of nonsense" that positions cannot be filled in the hospitality sector because of low wages.

"Staff moved to other sectors during the pandemic, and we also had a high level of non-EU people working in our industry. Many people simply went back home and never returned."

Cummins urges officials to create a co-ordinated campaign, either by the Government or Filte Ireland, to attract non-EU workers to return to Ireland.

"It is not a viable business if premises can only open certain days of the week. We are going to have to fix it and the Government needs to help us."

He also said placing hospitality on the Critical Skills Occupations list - which focuses on those industries where there are shortages in qualifications, experience or skills, is critical.

"Prior to Covid we had 240,000 people working in our industry, and the majority of them seemed to be happy. We only really had a shortage of chefs, but now we have a major shortage in waiting staff, as well," added Cummins.

Arsen Hoxha, the owner of the Little Kitchen in Dublin, said most restaurants are struggling to find workers.

"I had to build a new team from scratch really, as most of the staff I had left," he said, as quoted by Breakingnews.ie.

"My assistant manager was working here for four years, but during lockdown she got her taxi license and when things opened back up she became a taxi driver."

Hoxha noted that the largest problem facing restaurants is trying to employ chefs, either from Ireland or abroad.

"Because of the pandemic we don't have as many students coming from abroad to work in the industry as well. They were a big part of the workforce. I think over the summer period staffing will be a big issue, both in front and back of house. I think businesses will have to start looking further afield to recruit staff, for sure," added Hoxha.