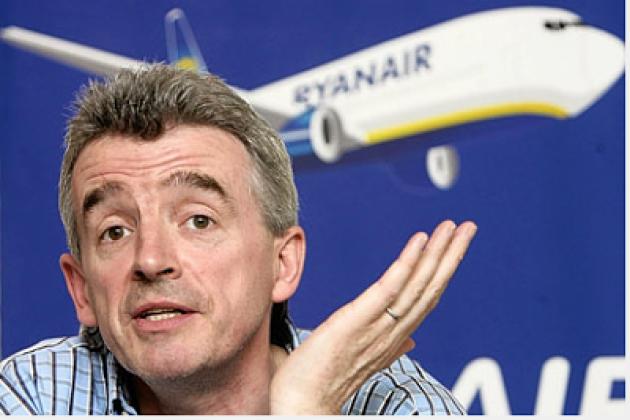 In the year to 31 March 2022, the Irish carrier's number of passengers increased from 27.5 million to 97.1 million, however ticket prices fell.

Revenue for the year grew to 4.80 billion, compared to 1.64 billion euros the previous year.

"FY22 scheduled revenues increased 156% to 2.65bn. While traffic recovered strongly from 27.5m to 97.1m guests, the delayed relaxation of EU Covid-19 travel restrictions until July 2021 (Oct. in the case of the UK Govt.), combined with the damaging impact of the Omicron variant and Russia's invasion of Ukraine in H2, meant that fares required significant price stimulation. Ave. fares in FY22 were down 27% to just 27. Ancillary revenue delivered a solid performance, generating more than 22 per passenger as traffic recovered and guests increasingly chose priority boarding and reserved seating. Total revenues increased by over 190% to 4.80bn," Ryanair CEO Michael O'Leary said Monday.

"Our FY23 fuel needs are approx. 80% hedged (65% jet swaps at c.$63bbl and 15% caps at c.$78bbl). Almost 10% of Ryanair's H1 FY24 fuel requirements are hedged at c.$76bbl (via jet swaps). Carbon credits are 85% hedged for FY23 at 53 (well below the current spot price of almost 90). This very strong fuel hedge position gives Ryanair a considerable competitive advantage for the next 12 months and will enable us to grow market share strongly over the coming year," O'Leary said.