Moscow warns of risk of direct conflict with US 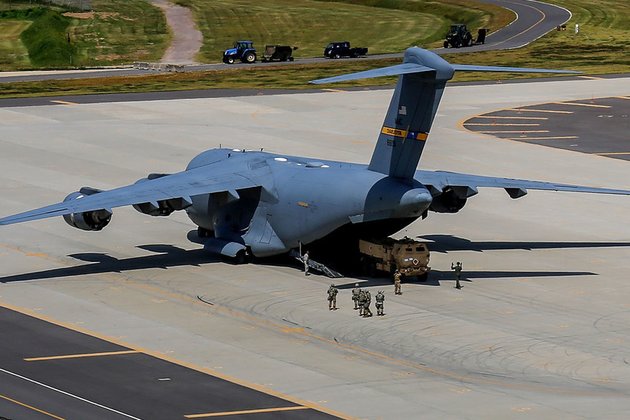 The US is on a collision course with Russia by sending rocket launchers to Kiev, a top diplomat claims

Washington's arming of Ukraine with heavier weapons increases the risk of direct US-Russia confrontation regardless of American statements that they want to mitigate this risk, Russian Deputy Foreign Minister Sergey Ryabkov said on Wednesday.

The diplomat was commenting on the news that the US has decided to supply HIMARS multiple rocket launchers to Ukraine. The US said the weapons system will not allow Ukrainian forces to attack Russia and argued that this will prevent a scenario, in which Moscow would consider Washington a party in the conflict.

"We're not providing any weapons that will allow the Ukrainians to attack Russia from inside of Ukraine, and President [Joe] Biden has been very clear on that," US representative to the UN Linda Thomas-Greenfield said of the deliveries. "We're not going to become [a] party to the war."

Ryabkov disagreed with the rationale, saying the US was making the conflict more dangerous.

"Any arms supplies, which continue and escalate, increase the risk of such a development," Ryabkov told journalists, referring to the possibility of a direct confrontation between Russia and the US.

The diplomat added that the US for years has done nothing to prevent an escalation of tensions with Russia over Ukraine. It stonewalled Moscow's last-ditch attempts to negotiate a legally binding deal that would have addressed Russian concerns over NATO expansion in Europe, he pointed out. After open hostilities broke out in February, "the remnants of a healthy attitude to the situation were shattered," he said.

Washington "maintains its course of what we characterized many times as an intention to wage war to the last Ukrainian, which reflects the goal of inflicting - as they say themselves - the strategic defeat of Russia. This is unprecedented. This is dangerous," Ryabkov said.

The latest ramping up of arms supplies to Ukraine does not fundamentally alter the situation, only raises the risks, he stated.

Russia attacked the neighboring state in late February, following Ukraine's failure to implement the terms of the Minsk agreements, first signed in 2014, and Moscow's eventual recognition of the Donbass republics of Donetsk and Lugansk. The German- and French-brokered protocols were designed to give the breakaway regions special status within the Ukrainian state.

The Kremlin has since demanded that Ukraine officially declare itself a neutral country that will never join the US-led NATO military bloc. Kiev insists the Russian offensive was completely unprovoked and has denied claims it was planning to retake the two republics by force.