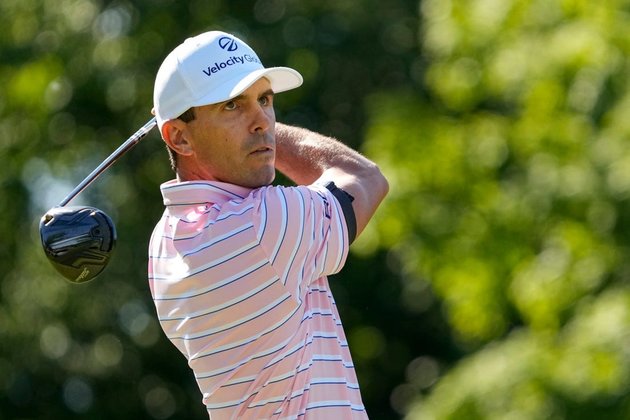 Billy Horschel shot a 7-under-par 65 to leap ahead of the pack and take a five-shot lead Saturday at the third round of the Memorial Tournament in Dublin, Ohio.

Horschel stayed bogey-free for the second straight round at Muirfield Village Golf Club to get to 13 under for the week, five strokes better than Aaron Wise (69) and Australian Cameron Smith (72).

Daniel Berger (67), Italy's Francesco Molinari (70) and Venezuela's Jhonattan Vegas (71) were tied for fourth at 7 under.

Horschel holed out from a greenside bunker at the first hole for a birdie 3 from nearly 45 feet away. It was the first of his seven birdies on the day, including all four par-5 holes. He's gone the last 44 holes without a bogey.

The 35-year-old is now in line for his first PGA Tour title since the 2021 WGC-Match Play. The veteran is sleeping on a big lead, but not on the work left in front of him.

"I just go to the tee (Sunday) understanding I'm leading the tournament, I know I've got however many shots I have ahead of the lead," Horschel said. "Just going out, trying to play a really good round of golf. I'm not going to be protective, I'm not going to be overly aggressive. I'm going to play the way I have the last three days."

Smith, who held a share of the first-round lead and led by himself after two days, shot an even-par round but watched Horschel blow past him. He got off to a tough start with bogeys on his first two holes before eventually recovering.

"You never know what this course is going to throw at you," Smith said. "Anything can really happen around here. I think the course setup was great today. Hopefully get another day like that where there's some opportunities for birdies."

Wise carded four birdies and just one bogey to join Smith in a tie for second. His lone win on tour came at the 2018 ATT Byron Nelson.

A five-way tie for seventh at 6 under features Patrick Cantlay (69 Saturday), Chile's Joaquin Niemann (70), Luke List (72), Davis Riley (72) and Denny McCarthy (73). McCarthy briefly held the lead Saturday by making two birdies in his first four holes, but he bogeyed five of the last 11.

Cantlay, the defending Memorial champion and the 2021 FedEx Cup winner, started his day with a double bogey at the first hole before adding two eagles to his card. He chipped in from about 43 feet off the green at the par-5 seventh and made an unlikely 64-foot eagle putt at the par-5 15th.

Day jumpstarted his round nicely with holeouts from off the green on consecutive holes. He made an eagle at the par-4 third hole from 141 yards away and birdied the par-3 fourth on a long chip-in from off the green.