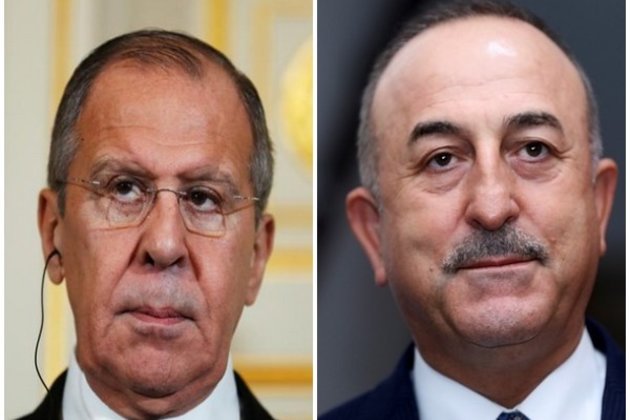 Ankara [Turkey], June 8 (ANI): Ankara considered Moscow's demand to supply its own grain to the global market along with Ukraine to be legal, Turkish Foreign Minister Mevlut Cavusoglu said on Wednesday.

The Turkish Minister made these remarks at a press conference after talks with Russian Foreign Minister Sergey Lavrov.

"If we need to open up the international market to Ukrainian grain, we see the removal of obstacles standing in the way of Russia's exports as a legitimate demand," he noted.

"Sunflower, sunflower oil, grain, so that these agricultural crops can be delivered to the world market, I want to note that we consider Russia's requirement in this regard that both Russian grain and Russian sunflower oil must be delivered to the world market as a legal and reasonable requirement," Cavusoglu told reporters after talks with Russian Foreign Minister Sergey Lavrov, Sputnik News Agency reported.

The Minister also called the UN's plan to unblock the situation with Ukrainian grain exports unacceptable and noted that Ankara is ready to take part in its resolution.

Turkey is involved in efforts for the establishment of an UN-led mechanism that would create a secure corridor for the shipment of the Ukrainian grain - and for Russia to export food and fertilizer.

Turkey would facilitate and protect the transport of the grain in the Black Sea, Turkish officials have said.

Russian Foreign Minister said that Moscow guarantees that if Kyiv clears Ukrainian ports of mines, the country will not use this situation in the interests of its military operation and is ready in one way or another to formalize these guarantees.

Lavrov recalled that President Vladimir Putin had already said that Moscow guarantees the safety of this kind of route when and if Ukraine starts demining and allows the withdrawal of ships from its ports.

"We will not take advantage of this situation in the interests of the ongoing special military operation," Lavrov said, according to Sputnik News Agency.

He added that Russia is "ready to formalize them (these guarantees) in one way or another."Notably, Ukraine is one of the world's largest exporters of wheat, corn and sunflower oil, but the war and a Russian blockade of its ports have halted much of that flow, endangering food supplies to many developing countries. Many of those ports are now also heavily mined, as per Daily Sabah. (ANI)