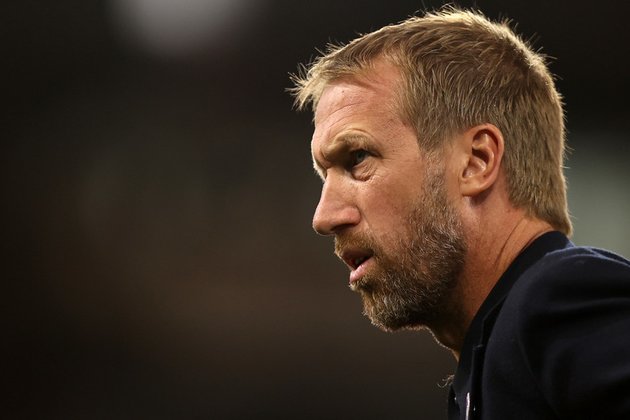 The compensation that Chelsea have paid to release new head coach Graham Potter from his Brighton and Hove Albion contract is a world record, according to a report.

Under new owners Todd Boehly and his consortium, Chelsea fired Champions League winner Thomas Tuchel on Wednesday morning amid poor results, though the motive for the dismissal is said to be related to clashes over transfer policy and Tuchel supposedly being a poor communicator who was increasingly distant from his players.

Potter was Chelsea's number one choice to replace the German in the dugout and was appointed on Thursday afternoon following negotiations with the English tactician.

According to The Times, Chelsea will pay Brighton Pound 22 million ($25.5 million) in total to see Potter appointed, which is a believed to be world record fee in football for a manager.

This amount surpassed the €20 million ($20 million) figure that Bundesliga giants Bayern Munich had to pay RB Leipzig for their current coach Julian Nagelsmann when he was signed to succeed the outgoing Hansi Flick, who now leads the German national team.

As Brighton are said to have been reluctant for Potter to leave and dug their heels in, which triggered record compensation being agreed, Chelsea have been criticized for spending close to around Pound 100 million ($115 million) when Potter's release fee and wages (Pound 60 million/$69.5 million), plus Tuchel's Pound 20 million ($23 million) pay-off have been factored in.

"The dismissal of Thomas Tuchel doesn't surprise me because it's so typical of the way Todd Boehly has decided to run Chelsea," the Scot said in a Daily Mail column.

Souness branded the American "a very wealthy man who is entrepreneurial" and who "has made money in many different areas," but also one who has "looked at football and thought, 'this is a business which is straightforward and simple - and because I'm so smart in so many other aspects of life, I can handle this.'"

"At the risk of sounding boring, try getting Sir Alex Ferguson out of retirement, send him to the LA Dodgers and ask him to put a valuation on baseball players playing at other clubs, with a view to building a team," Souness continued, suggesting that Boehly was out of his depth. "He wouldn't know where to begin."

"He sacked 14 managers - some, such as Roberto Di Matteo, who had just won trophies: the biggest one of them all, the Champions League, along with the FA Cup in 2012.

"But that hire-and-fire regime was successful because Abramovich eventually brought people who knew the football business and understood the importance of recruitment. That's a large part of why they were so successful," the ex-Liverpool legend concluded.

In The Times' report, however, it was said that the new owners have indicated they intend to "break from the hire-and-fire culture," with Potter expected to do a good job by football pundits and reporters if given the time rarely afforded to managers at the club.

Due to Premier League matches being suspended in a mark of respect for the death of Queen Elizabeth, Potter will not make his debut in his new role against Fulham in the west London derby on Saturday.