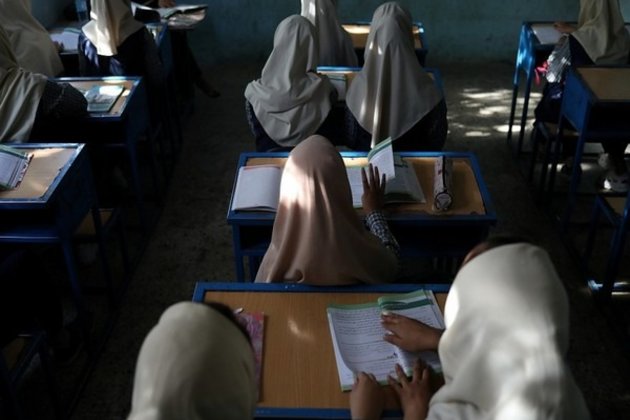 Kabul [Afghanistan], October 17 (ANI): The residents of Farah province of Afghanistan fear that nearly 70,000 children have their future lying in uncertainty due to a lack of teachers in the province.

Several tribal elders of the province demanded education for their children by calling on the Taliban as their atrocities have only added to the miseries of Afghan people amid the looming economic and political crisis since the organization seized power.

"We call on the Islamic Emirate to make schools and clinics for us and to pay attention to this issue," said Ahmad Shah, a tribal elder reported to Tolo News.

"We have schools and buildings for schools, but there are no teachers and education," Abdul Samad, another tribal elder said.

"We have 70,000 students and they want to be educated and for the lack of teachers they are deprived of education," said Akhter Mohammad Zayeem, the Head of the Education Department in Farah reported to Tolo News.

Several residents in Farah have stressed over the fact that if their children are not provided with the opportunity to learn they will face a dim future.

"They have to study to progress and to reach the heights of success," TOLOnews reported quoting Shaikh Ahmad, a Farah resident as saying.

Earlier, the Educational Department in Farah said there is a shortage of one thousand teachers in the province.

It imposed several restrictions on women after the Taliban decided to close all secondary schools for girls. The female students above grade six were banned from going to school, according to Khaama Press.

"Afghanistan continues to be one of the most dangerous places for a child to live and grow. I am appalled by the continuing and rising high levels of violence endured by children in Afghanistan, including those caught up in combat," the International Forum for Rights and Security (IFFRAS) said in its report.

An interim Afghan government led by the Taliban came to power last fall after the withdrawal of US troops from the country and the collapse of the US-backed government.

The Taliban takeover triggered economic disarray and food shortages that have pushed the country to the brink of a humanitarian crisis. Thousands of Afghans have fled the country fearful of the Taliban, widespread violation of human rights, and the deprivation of women and girls of their freedoms. (ANI)