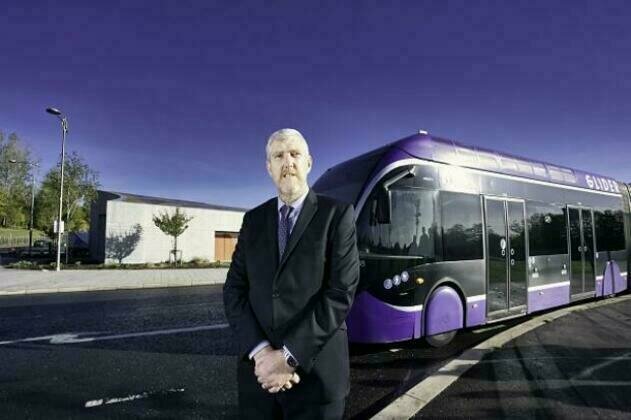 Infrastructure Minister, John O'Dowd, has today announced the preferred route for Phase 2 of Belfast Rapid Transit (BRT2), which will see the Glider service extended to north and south Belfast.

The initial phase of the Belfast Rapid Transit Glider service, which launched in 2018, has been a huge success and has helped transform and modernise public transport services in the east and west of the city. It has increased the numbers of people using sustainable public transport on these corridors by 70%.

Today's announcement on the extension of the service to the north and south follows a public consultation to seek the views of the public and other stakeholders.

"I know that people across north and south Belfast have been keen to see progress on extending this successful service so I am pleased today to announce my decision on the preferred route.

"My officials will now commence the detailed design of the proposed G3 route along the Antrim Road in the north, and along the Ormeau Road and Saintfield Road in the south.  It is important that we are ambitious in terms of our public transport provision and therefore I have decided that the north and south routes should extend to Glengormley and Carryduff, respectively; however, the feasibility of such will be further assessed as part of the detailed design.  The existing City Centre to Titanic Quarter Glider service will also be extended to connect with Queen's University and the City Hospital.

"My Officials will continue to engage with residents, businesses and other stakeholders along the selected route as the detailed design is progressed."