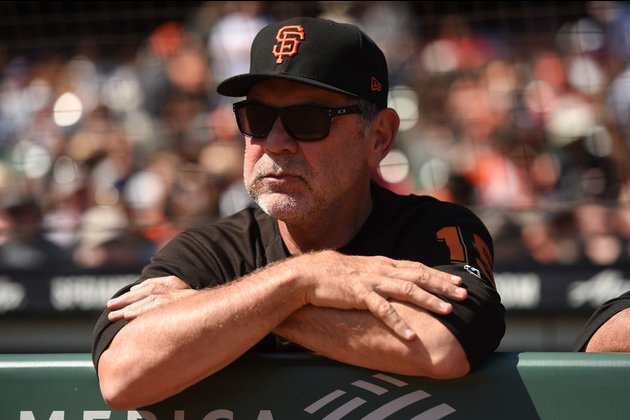 His 2010 squad defeated the Rangers in a five-game Fall Classic.

Bochy agreed to a three-year contract for the 2023-25 seasons and becomes the team's 20th full-time manager. He is the first skipper to join the club after previously winning a World Series as a manager.

"I am incredibly excited to be joining the Texas Rangers," Bochy said in a team news release. "Over the last several days, I've had extensive conversations with (general manager) Chris Young and other individuals in the organization, and I had the chance to meet with (owner) Ray Davis. Their vision and commitment to putting together a club that can contend and win year in and year out is impressive, and I became convinced I wanted to be a part of that.

"If I was going to return to managing, it had to be the right situation. I strongly believe that to be the case with the Rangers, and I can't wait to get started."

Bochy managed the San Diego Padres for 12 seasons (1995-2006) before joining the Giants, leading San Diego to the 1998 World Series among four postseason berths.

"On behalf of the entire organization, I want to welcome Bruce and Kim Bochy to the Texas Rangers," Young said. "In his 25 years with San Diego and San Francisco, Bruce was one of the most successful and respected managers in Major League Baseball. With a calm and steady presence, he has a remarkable ability to connect and communicate with players, coaches, and staff, and his teams have always played with maximum effort. His knowledge of the game, as well as his integrity is unmatched.

"As we went through the interview process, Bruce's passion and excitement about returning to the dugout was very evident. It became clear he was the ideal individual to lead our club as we continue to build a championship culture here in Arlington."

The Rangers have an introductory press conference scheduled at Globe Life Field on Monday at 11 a.m. CT.