Agenda of cryptocurrency regulation will be brought in G20 meeting: Finance minister 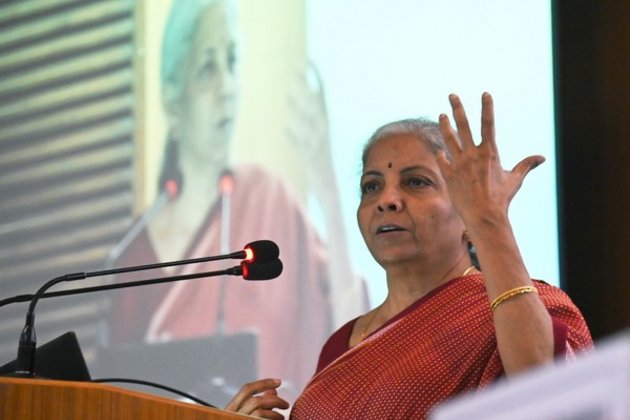 New Delhi [India], November 1 (ANI): "We have not come out with any plan to regulate digital assets. The agenda of cryptocurrency regulation will be brought in G20 Meeting," Finance Minister Nirmala Sitharaman said on Tuesday.

The finance minister said cryptocurrency may be regulated in all countries because no single country can succeed individually being in a silo and trying to regulate the crypto assets.

"You don't know what the trail leads you to. Is it drug funding? Is it terror-funding or is it just gaming? So that regulation cannot be successful if any one country does it. We have not come up with any plans as yet. So we need to have all the members of the G20 on board to see how best it can be done," Sitharaman said.

"I know work has been done by International Monetary Fund (IMF) and OECD (The Organization for Economic Cooperation and Development). So we love to bring all of them together and then put it on the table for the members to have a meaningful conversation on it," she added.

The Finance Minister said that the spillover impact on middle-income countries was an important agenda of the G20 Presidency. "India's Presidency of G20 can help bring consensus on matters of global taxation. It's a dynamic middle of the road which is being constantly navigated," she said.

Sitharaman said that, "India is taking G20 Presidency in turbulent times. We will draw lessons from the Indonesia Presidency.""We are probably at a very comfortable stage compared to other economies," she added.

"Pandemic aggravated the debt situation of some countries; there is a need to reignite debate on sustainable development goals," said the Finance Minister.

Finance Minister said that food security and energy security will be priorities of India in G20.

Sitharaman said, "The immediate requirements of countries for energy and food security have become another point of discussion because of the disruption which is happening in shipping grains from the Black Sea. These are the kinds of issues with which you have to take it forward." (ANI)