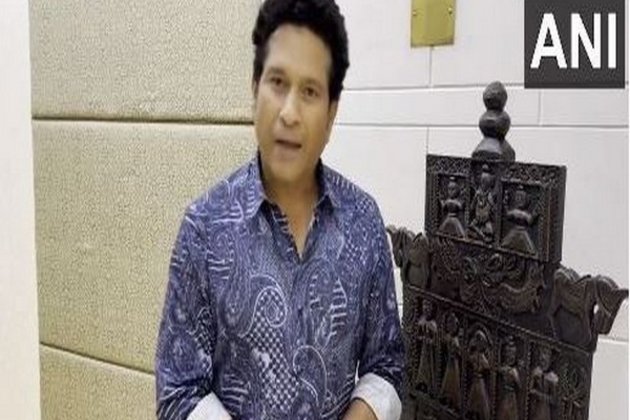 Mumbai (Maharashtra) [India], November 12 (ANI): Legendary Indian cricketer Sachin Tendulkar backed Men in Blue after their ten-wicket loss to England in the semifinal of the ICC T20 World Cup, saying that though the loss was very disappointing, the team should not be judged on basis of this defeat since its the number one side in the shortest format of the game.

Highlighting that the T20 top ranking is not an instant process he added that a side should play good cricket over a period of time for it and India made their mark in the same.

"I know that the Semi Finals against England was very disappointing. Let us accept that we did not put up a good total on the board. 168 in Adelaide Oval is not great since the dimensions of the ground are entirely different and side boundaries are really short. We were also unsuccessful in taking wickets. It was a tough game for us, a bad and disappointing defeat," legendary cricketer Tendulkar told ANI.

He also stressed that India is the number side in the shortest format of the game.

"To get to that Number 1 spot, it does not happen overnight. The team has to play good cricket over a period of time and it has done that. Let us not judge our team on the basis of this performance. Players also did not want to go out and fail. In sports, these ups and downs are there. We have to be in it together," concluded Tendulkar.

His remarks came after the Men in Blue were knocked out in the semi-finals of the ICC T20 World Cup which left millions of cricket fans shattered.

Top knocks from openers Alex Hales and Jos Buttler powered England to an emphatic 10-wicket win over India in the second semi-final of the ongoing ICC T20 World Cup in Australia at Adelaide on Thursday.

Pacer Chris Jordan was the pick of the bowlers, taking 3/43. Adil Rashid and Chris Woakes got a wicket each.

Chasing 169, England put pressure on Indian bowlers right from the first over. India did not have an answer for the onslaught brought by Jos Buttler (80) and Alex Hales (86). England chased the total with all ten wickets in hand with four overs to spare.Hales (86 off 47 balls) was adjudged as the 'Man of the Match'.

Coming to the group stage, India had finished the group stage at the top of the Group 2 table with eight points under their belt, having won four matches out of five. They only lost one match in their group stage against South Africa.