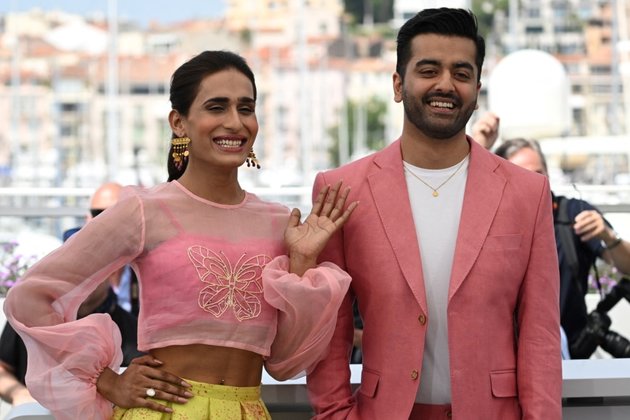 Islamabad - In a last-minute controversial move, Pakistan has banned the screening of its international award-winning movie, "Joyland" in theaters across the country for containing "highly objectionable" content.

The movie, which features a married man falling for a transgender woman, was supposed to be released in Pakistani cinemas Friday.

In May, "Joyland" became the first Pakistani feature film to win a prize at the Cannes Film Festival. It is also Pakistan's entry for the 2023 Academy Awards in the United States.

The government-led Central Board of Film Censors (CBFC) had in August formally granted the filmmaker the license to screen the movie in cinemas.

A federal information ministry statement, however, said that it had stopped the screening of the movie as the material in question does not "conform with the social values and moral stands of our society."

The material in question is "clearly repugnant to the norms of decency and morality" in line with the relevant laws, said the statement without elaborating.

The director of "Joyland" denounced the decision as "absolutely unconstitutional and illegal."

"We - a team - are gutted by this development but fully intend to raise our voice against this grave injustice," Saim Sadiq said in an Instagram post late Sunday.

Senator Mushtaq Ahmad Khan, who represents the right-wing Jamaat-e-Islami party in the upper house of parliament, was leading the campaign against the screening of "Joyland" in Pakistan. He praised the government's decision to revoke the license.

"Pakistan is an Islamic state where no law, no step and no ideology against Islam can work here," Khan wrote on Twitter.

Sadiq criticized the government, saying it "caved under pressure from a few extremist factions ... and made a mockery of our federal censor board." He urged the information ministry to review its decision.

Salman Sufi, a key government adviser, announced Monday on Twitter that Prime Minister Shehbaz Sharif had constituted a high-level committee to "assess the complaints as well as merits to decide on its release in Pakistan."

"I personally do not believe in banning films that highlight issues faced by marginalized segments of our society. People should be trusted to watch & make their own mind," Sufi tweeted Sunday in response to the widespread outcry sparked by the ban.

Pakistan has in recent years taken significant legal and administrative measures in its bid to protect the rights of transgender people who are often considered outcasts in the Muslim-majority South Asian nation.

The reforms effectively started with a landmark Supreme Court ruling a decade ago, which directed authorities to register transgender people as voters and give them, among others, equal inheritance and job opportunity rights.

The government launched a hotline this past September for transgender people, estimated to number around 500,000, to protect them against discrimination and harassment.