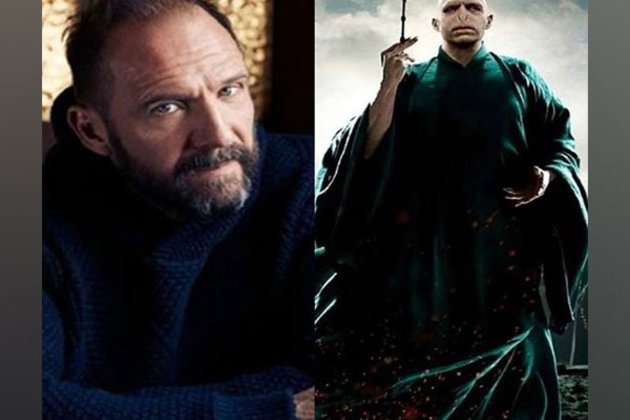 Washington [US], November 16 (ANI): It seems like Harry Potter's final battle in 'Deathly Hallows II', during which the boy wizard ultimately defeated his parent's murderer, Lord Voldemort, won't be the last time that audiences saw the franchise's iconic villain.

According to Variety, Ralph Fiennes, the actor who played Voldemort, has expressed his interest in reprising his villainous role in the Wizarding World after Warner Bros Discovery chief David Zaslav earlier mentioned the possibility of working with J.K. Rowling on more 'Harry Potter' content.

On being asked if he wants to play Voldemort again, Fiennes told Variety, "Sure, of course." The actor said he would jump right in: "No question about it," if Warner Bros or Rowling called him to join a future 'Harry Potter' project.

Fiennes first appeared as He Who Shall Not Be Named in the fourth 'Harry Potter' film, 2005's 'Harry Potter and the Goblet of Fire', and returned for three additional movies -- 'Order of the Phoenix' and 'Deathly Hallows' Part 1 and 2.

He defended Rowling last month against "verbal abuse" and death threats directed at the author for her outspoken beliefs about biological sex and trans people. "The verbal abuse directed at her is disgusting, it's appalling," Fiennes told The New York Times at the time, reported Variety. (ANI)