G20 to focus on food and energy security under Indian presidency 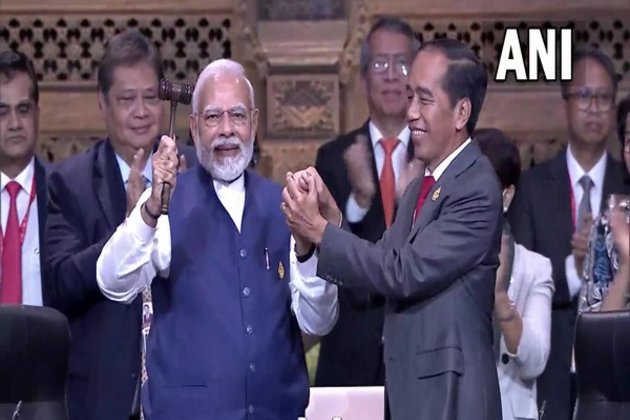 New Delhi [India], December 3 (ANI): As India formally assumes the Presidency of the Group of Twenty (G20), the issues of food and energy securities will be among the major objectives for Prime Minister Narendra Modi.

In a significant step in this direction, India assumed G20 Presidency on Thursday, offering a unique opportunity for the country to contribute to the global agenda on pressing issues of international importance.

Last month, during his 'Mann Ki Baat' address, PM Modi said that assuming the G20 presidency was a huge opportunity for India and that the country must utilise it by focusing on global good.

"Friends, the Presidency of G20 has arrived as a big opportunity for us. We have to make full use of this opportunity and focus on global good and world welfare," he said.

Prior to that at the G20 Summit in Bali, Prime Minster Modi made a strong pitch for protecting India's energy security.

"India is taking charge of the G20 at a time when the world is simultaneously grappling with geopolitical tensions, economic slowdown, rising food and energy prices, and the long-term ill-effects of the pandemic," he said.

"As we have heard multiple times that the global economic environment is subject to multiple headwinds. We are not dealing with known unknowns, we are dealing with unknown unknowns," Nageswaran said at ICRIER's 14th Annual International G20 Conference on India's G20 Presidency.

"Under these circumstances, the objective of the Indian Presidency will be to focus on key issues of macroeconomic vulnerabilities in the near term, which deal with food and energy insecurities which have arisen partly because of longstanding underinvestment in energy infrastructure but also because of near-term geopolitical developments," he added.

Underlining the challenging circumstances under which India is assuming G20 Presidency, Nageswaran said one of the necessary requirements to ensure that we do a good job of the presidency is to be able to improvise and be flexible as circumstances emerge in the global economic and political landscape.

As India embarked on the role of presidency of the G20 from December 1, it will host 200-plus meetings and a similar number of 'engagement groups'.

The G20 Summit to be held next year would be one of the highest-profile international gatherings to be hosted by India. (ANI)